On December 17th. Lt. Col. Jochen Pelper of the 1st SS Panzer Division hroke through the American lines and surfed his race to the Meuse River. By 1600 hours his advance units reached the outskirts of Stavelot The town was jammed with supply trucks tilting desperately to flee when Peiper's tanks started shelling the town.
At dawn on the 18th. after penetrating the U.S. anti-tank defenses. Peiper's armored units mow through the town and seize the bridge. The Americans withdraw. but not before the 526th Armored Infantry Battalion is able to blow up the fuel dump that is %fro! to Peiper's adwmce. 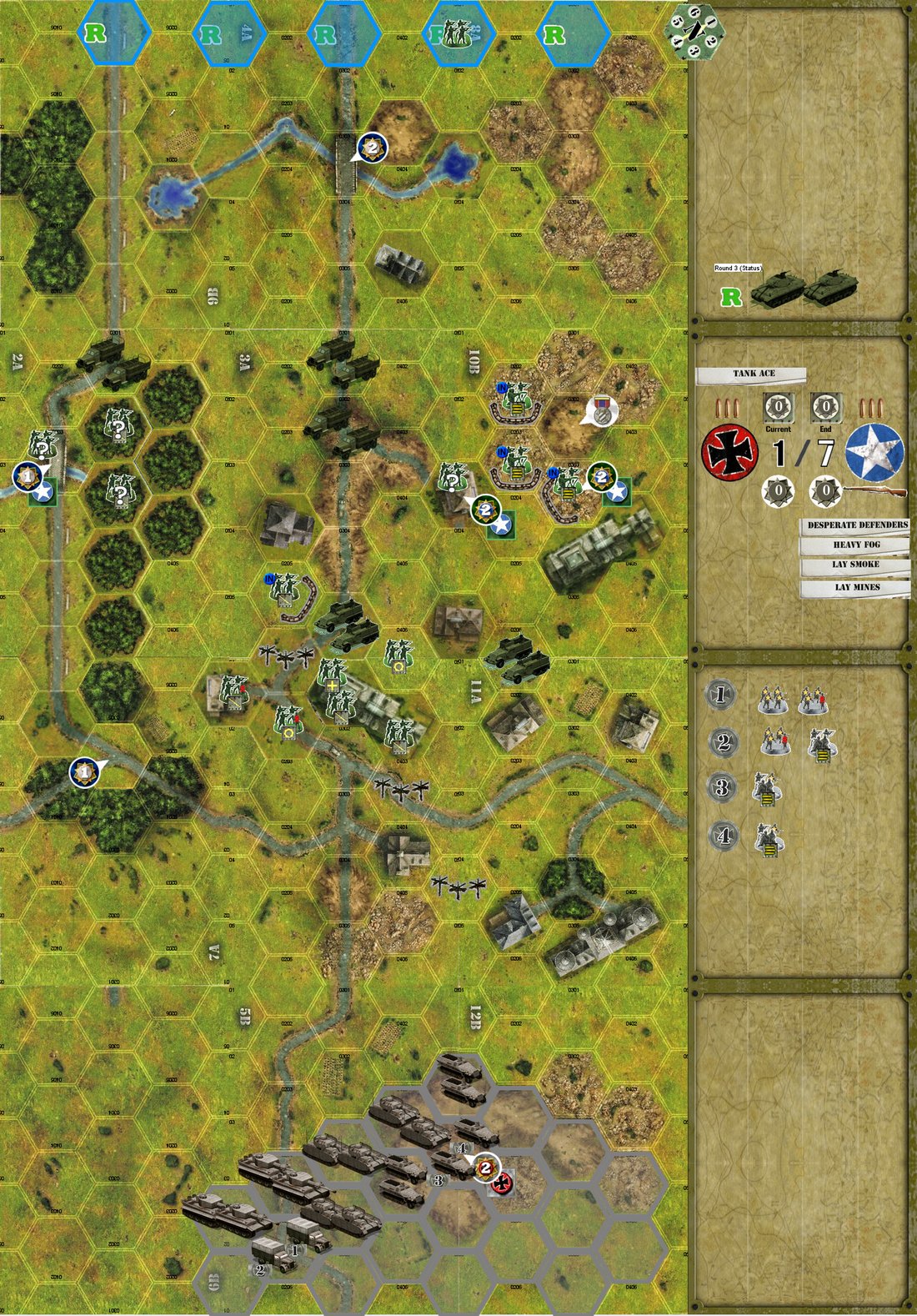 alecrespi replied the topic: #563 1 year 4 months ago
I cannot see any reinforcement hexes on the map.
Where do american reinforcements come from?

The only thing that ever really frightened me during the war was the U-Boat peril...It did not take the form of flaring battles and glittering achievements, it manifested itself through statistics, diagrams, and curves unknown to the nation, incomprehensible to the public.