The British 8th army and their American allies have squeezed the remnants of the once powetfiil 4frika Kolps into an ever shrinking pocket in Tunisia. The Allies are on the vow of breaking out of the hills and onto the road leading directly to the country's capital and Axis supply port of Mnis.
In their way stands a cactus farm defended by elite German fallschirmjager. The British have already launched several attacks against it, but have been unable to dislodge the Germans, suffering heavy losses in the process. On May 1, 1943, the British decide to launch yet another attack with the mighty Churchil tanks of the 12th Royal Tank Regiment leading the way, supported by American bombers. 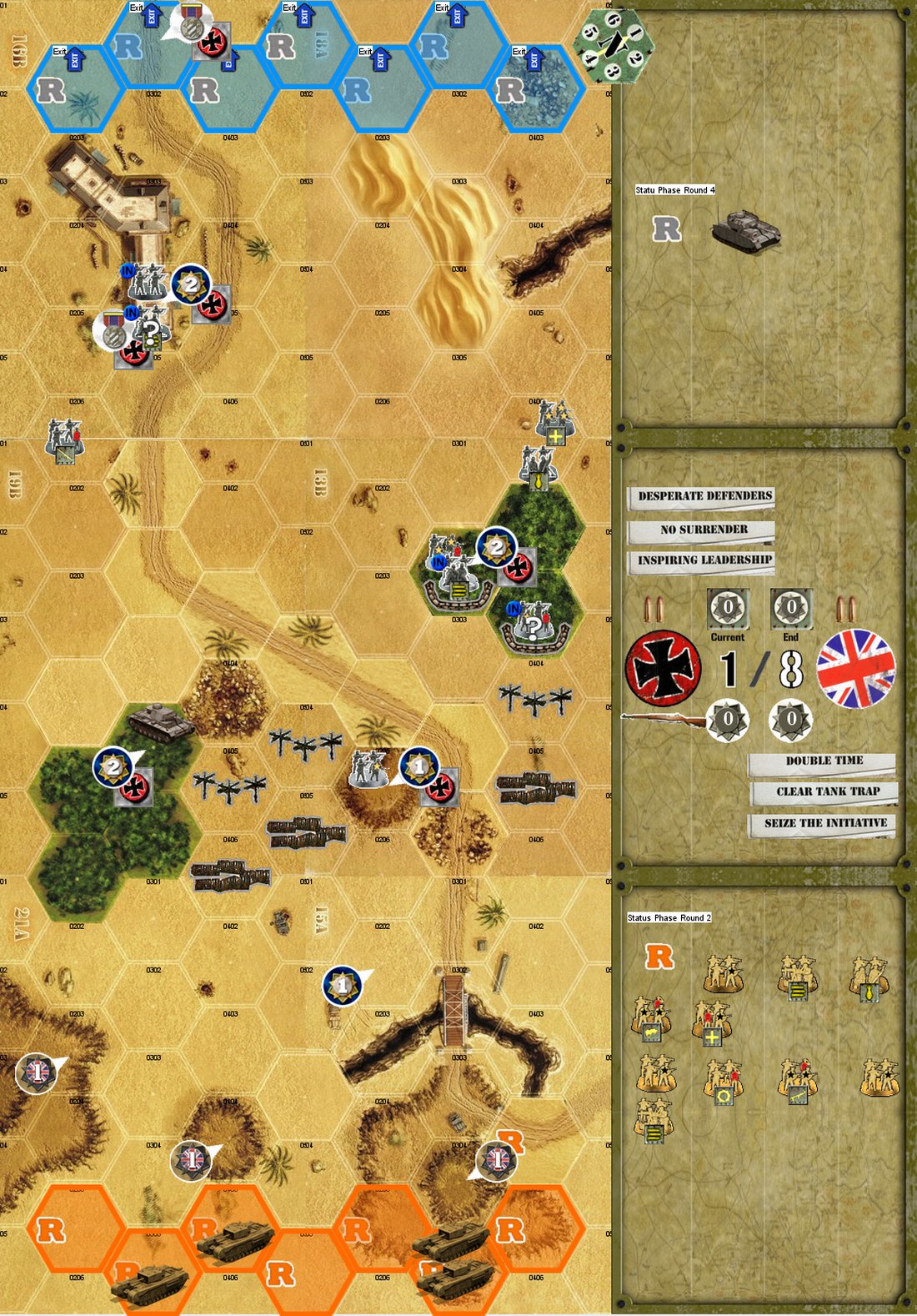 Germany neither intends nor wishes to interfere in the internal affair of Austria, to annex Austria, or to conclude an Anschluss (May 21st, 1935)