July 19, 1943: As the fighting for Kursk rages to the north, the reconstituted German 6th Army struggles to contain a serious Soviet assault along the Mius River. General Hollidt has ordered the 23rd Panzer Division, along with its newly acquired sIG 33b assault guns, to capture Hill 213.9. Unfortunately, the supporting attacks of the 16th Panzergrenadier and 306th Infantry Divisions have failed, leaving the panzers to struggle across the ridge alone. 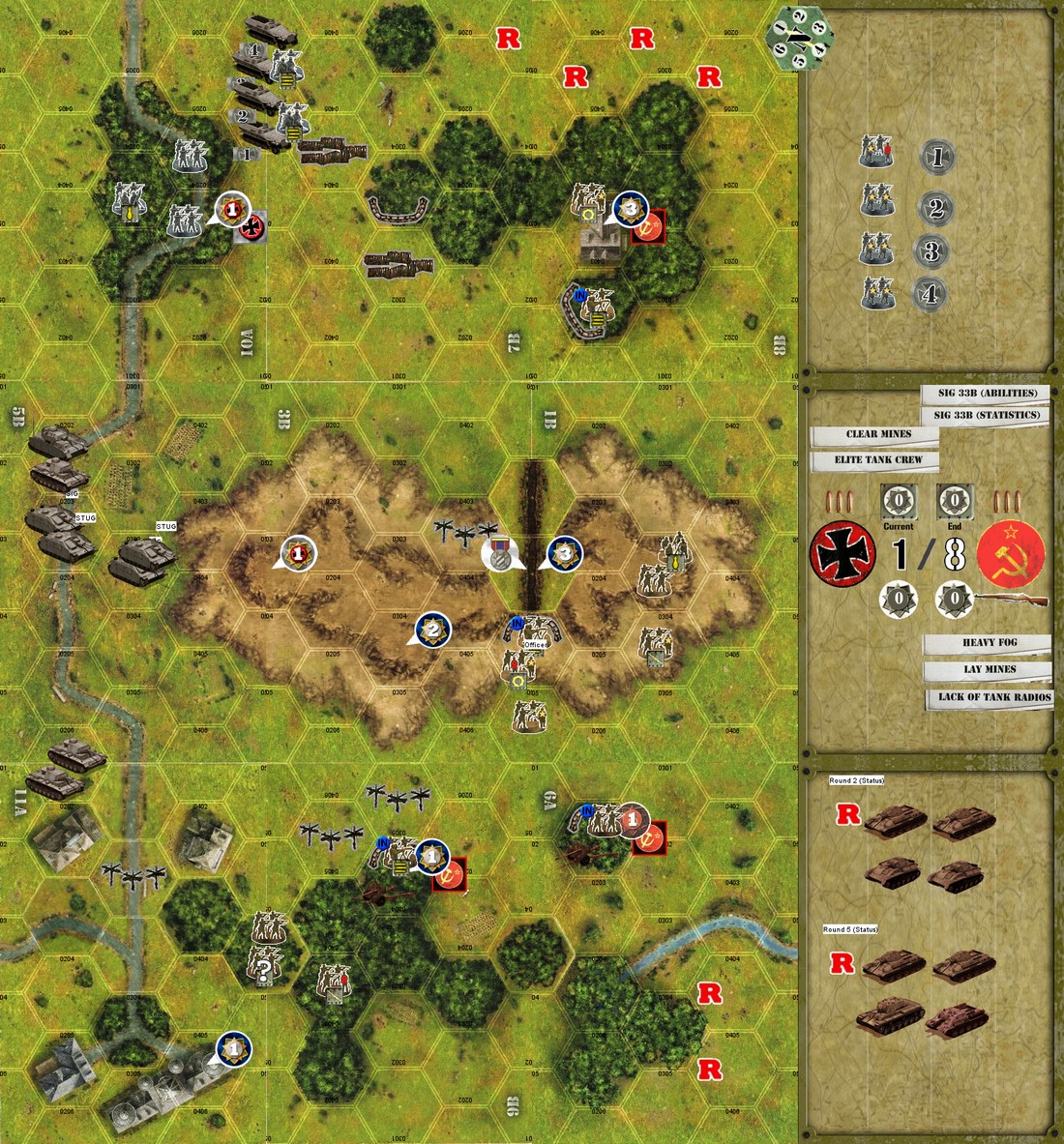