German doctrine emphasized immediate counterattacks when the enemy was relatively weak and had not Yet consolidated the positions they had just seized. During the D-Day invasion of Normandy, the American airborne forces had the mission to prevent or delay such German counterattacks against the Allied beachheads when those landing areas were most vulnerable.
Here men of the U.S. 101st Airborne Division "Screaming Eagles" must capture a position held by German troops near a key bridge over the Merderet River. To the American paratroopers, their objective near La Fiere seemed tantalizingly close, but the scattering of their force and the tough German defense will make that goal far from easy. 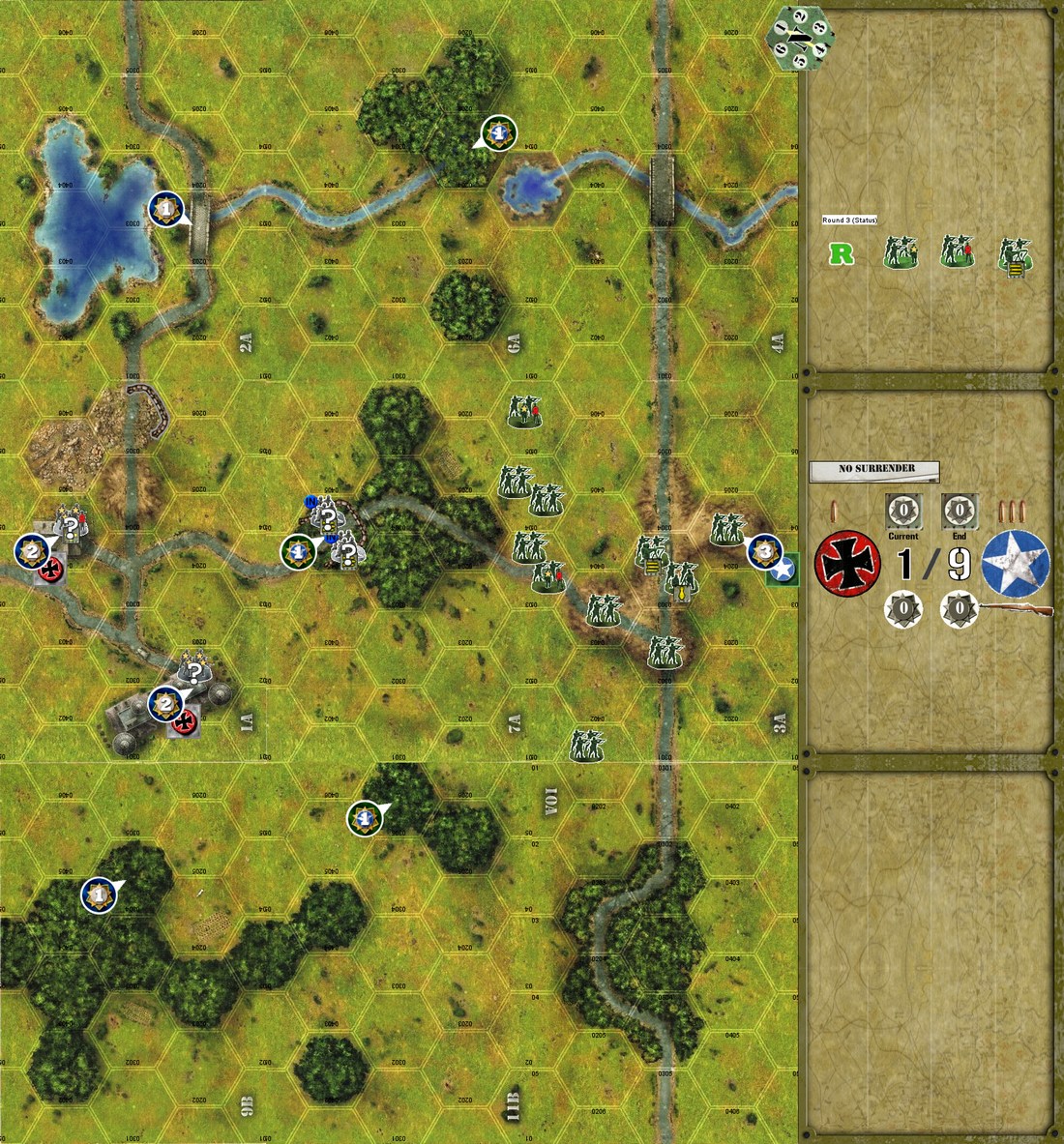