Written by John Goodenough and Robert A. Kouba. Posted in Western Front

Due to the way forces are divided on the board this scenario makes for an exciting three-player scenario with one American player playing against two German players. 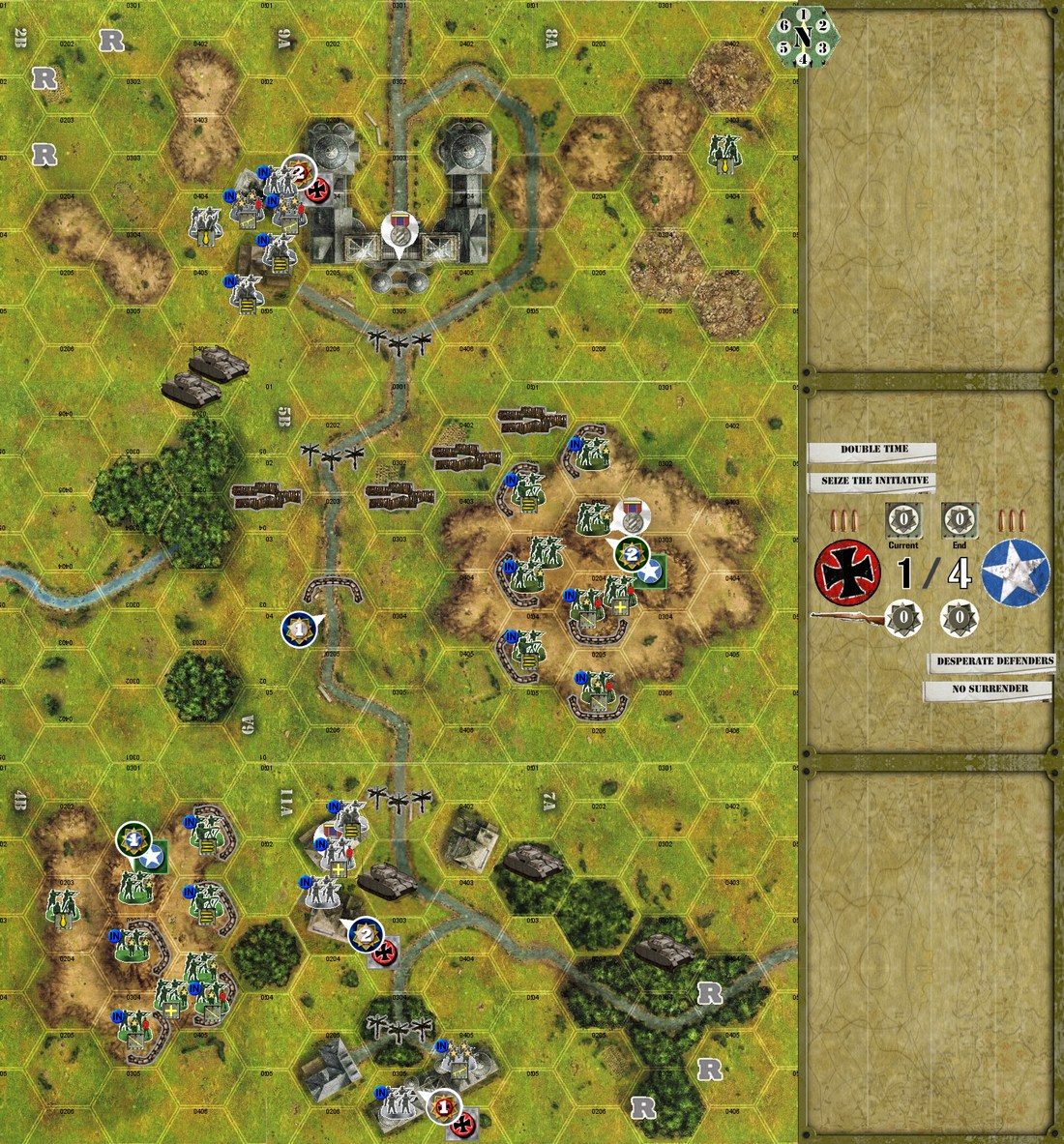