The Tuscan town of Cecina was the scene of a bitter engagment in the summer of 1944. Men of the US 34 Infantry division, supported by the 752nd Tank Battalion, struggled to liberate the town from the 16th SS Panzergrenadiers.
By the first day of July, the town was largly in Allied hands but SS men hung on to the outskirts.
Morale bolstered by the arrival of elements of the 504th Heavy Panzer Battalion, the I./SS Panzergrenadiers Regiment 35 launched a counter attack into the town on the afternoon of July 1.
The men of the 3rd platoon, B company, 752nd had thus far managed to dodge that days action, but word came over the radio that enemy tanks were entering the town.
With elements of E company,133rd Infantry Regiment, they drove east, to meet the enemy......
Historicaly, this portion of the battle ended as soon as it started when the lead Sherman knocked out the lead Tiger in a old west style shootout. I have designed this scenario so a similar ending is possible. If however the battle stays close and the Germans make progress, this scenario can form into a fine battle with rienforcements coming in for both sides, as could have easily happend in history. 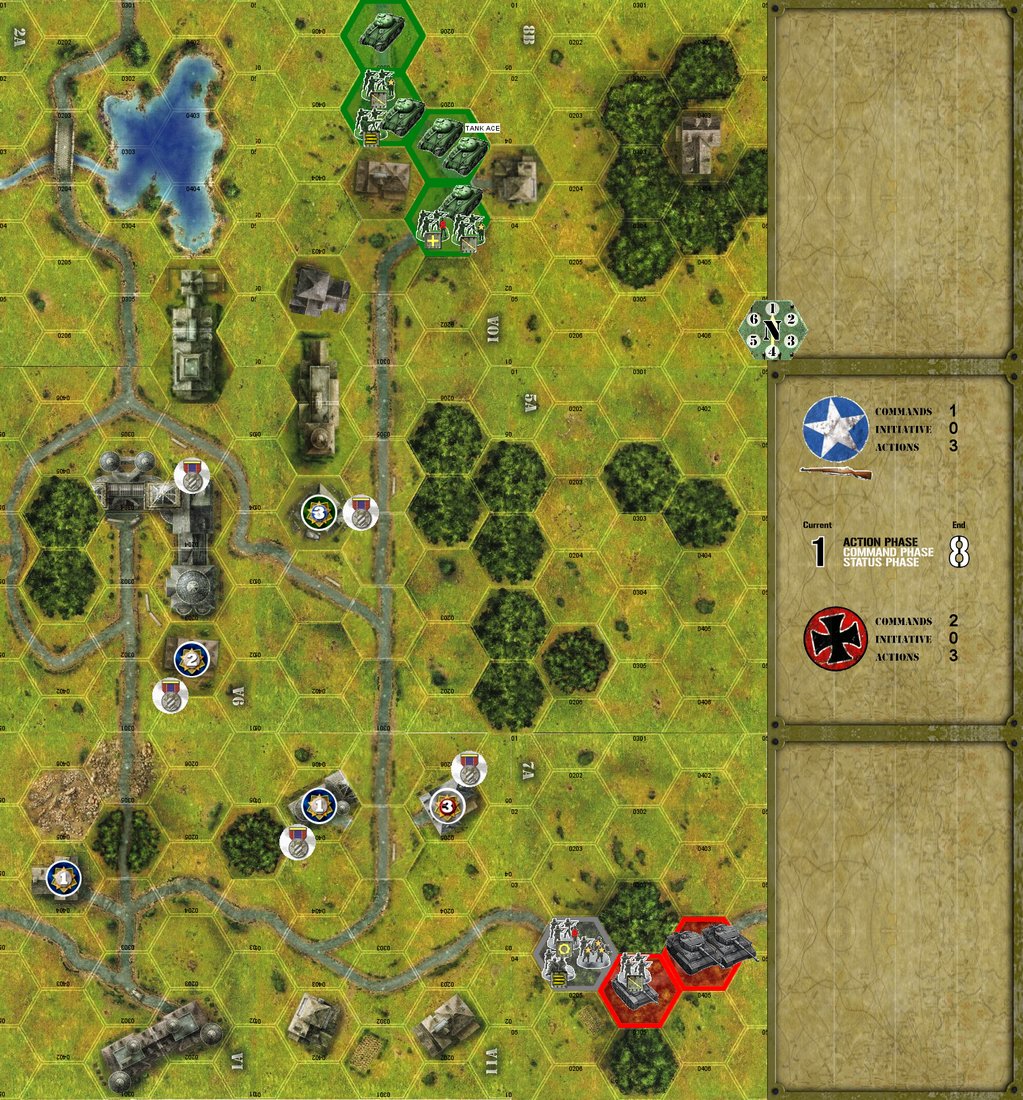 We want to get the hell over there. The quicker we clean up this Goddamned mess, the quicker we can take a little jaunt against the purple-%@&%# Japs and clean out their nest, too. Before the Goddamned Marines get all of the credit.   (To his soldiers before Operation Overlord / D-Day)