After taking the town of Combat Command A of the 4th Armored Division continuted east toward the town of Arracourt.
When they approached the roads to Arracourt, they came underfire from the 5th Panzer Division. The Shermans and tank destroyers took Mannecourt bill andfired down on the German panzers. The Americans held this position fallow days until the Germans retreated. Patton once again lost his fuel reserves to Montgomery and had to dig in while waiting.
Meanwhile, the Germans gathered their reserves in preparation for the Ardennes Offensive.

My men can eat their belts, but my tanks gotta have gas.
George S. Patton 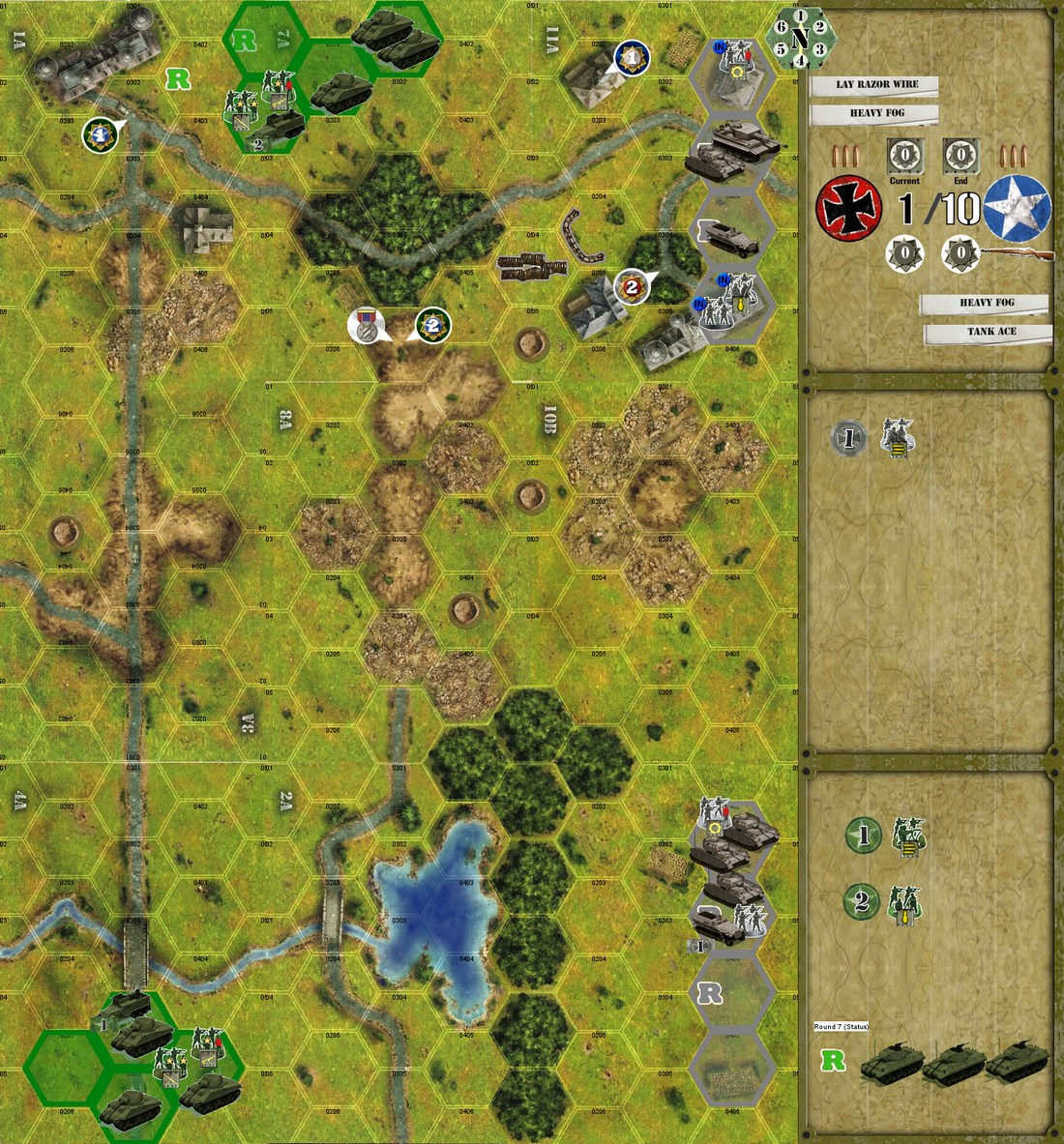