218 The Battle for Monte Cassino

Following initial British and Canadian beachheads in Calabria and the American invasion of the Salerno/Naples area, the Allied drive north toward Rome proved hard to do. Both the west coast route and the Route 6 central mountain route were blocked by the Germans. In late 1943, after a fierce battle at San Pietro, a stalemate developed south of the German Winter Line, a set of three defensive perimeters of interlocking bunkers and fortifications that sealed off southern Italy. In addition to German defenses, severe weather during December 1943 - January 1944 created tens of thousands of casualties in the harsh Italian mountain terrain.
The Gustav Line, the northernmost and most formidable of three German Winter Line defensive belts, was anchored by Monte Cassino and the Garigliano and Rapido Rivers. The town of Cassino, about 85 miles southeast of Rome, was a mile east of Monte Cassino, the 1700 foot hill top that guarded the entrance to the Liri valley, the most expeditious route to Rome on Route 6. The Abbey of Monte Cassino, on the site of ancient Roman fortifications, was the place where St. Benedict of Norcia established the first monastery of his Benedictine Order, in 529 A.D.
Although the Germans did not actually occupy the monastery building, they built heavily fortified emplacements and observation posts next to the monastery walls, taking full advantage of the terrain and Allied reluctance to attack the Abbey. Allied planners had to treat the entire hilltop as a key military target, dominating the Cassino valley, and the obstacle to their objective of cracking the Gustav Line. On Allied maps Monte Cassino was Hill 516, controlled by the enemy and the source of fire against Allied forces.
History and politics aside the Abbey was bombed anyway so there is no reason not to use the position to it's fullest so this scenario takes advantage of that fact.
Knowing they could not win the war, the German strategy was to inflict as many casualties as possible in the hopes that the Allies would sue for peace. The Germans therefore executed a fighting retreat as the Allies advanced. Thinking they would do the same at Cassino the Allies where ill prepared for the firm stand made by the elite German forces. 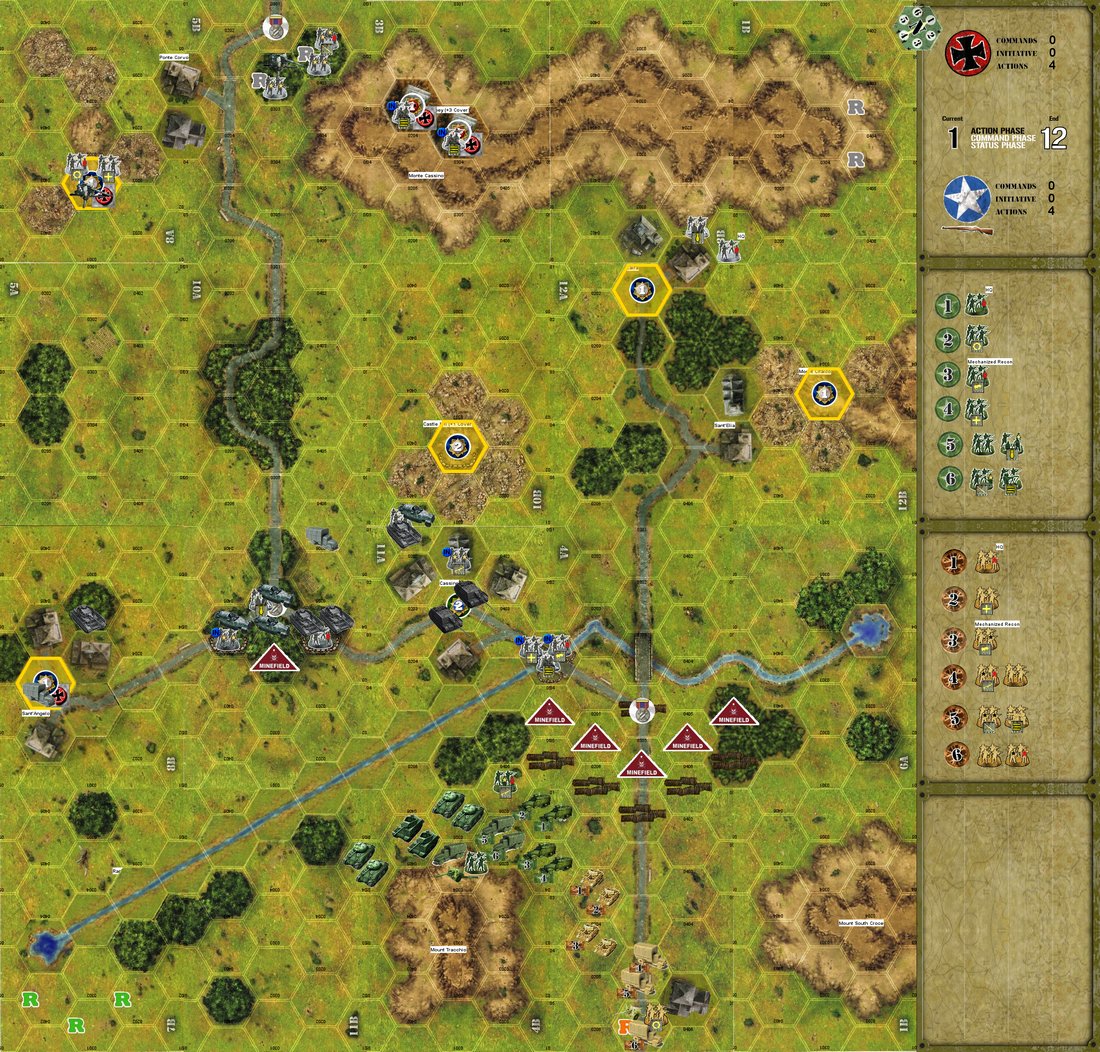