A fun, fictional scenario.
Panzer ace, Micheal Wittmann crawled from the burning debris of his Tiger I. As the sole survivor of the fatal RAF airstrike that destroyed his tank, he could only think of one word when he thought of his fallen fellow crewmen: Revenge.
Wittmann's survival was kept secret from the known world by the Wehrmacht and the SS, so that he could be used as a trump card during future, desperate times for Germany. Wittmann's opportunity for revenge came quicker than he imagined. One day, after a secret mission in France, one of his platoon's Tiger I's appeared to have engine trouble, so he stopped his platoon on a nearby hill for repairs.
No sooner did he do so, when he was approached by a small group of elite German paratroopers on a recon mission. The paratroopers reported that a column of British vehicles were headed straight up the road toward his parked platoon. Rather than abandon his Tiger I, Wittmann persuaded the paratrooper commander to aid him in stopping the British.
. 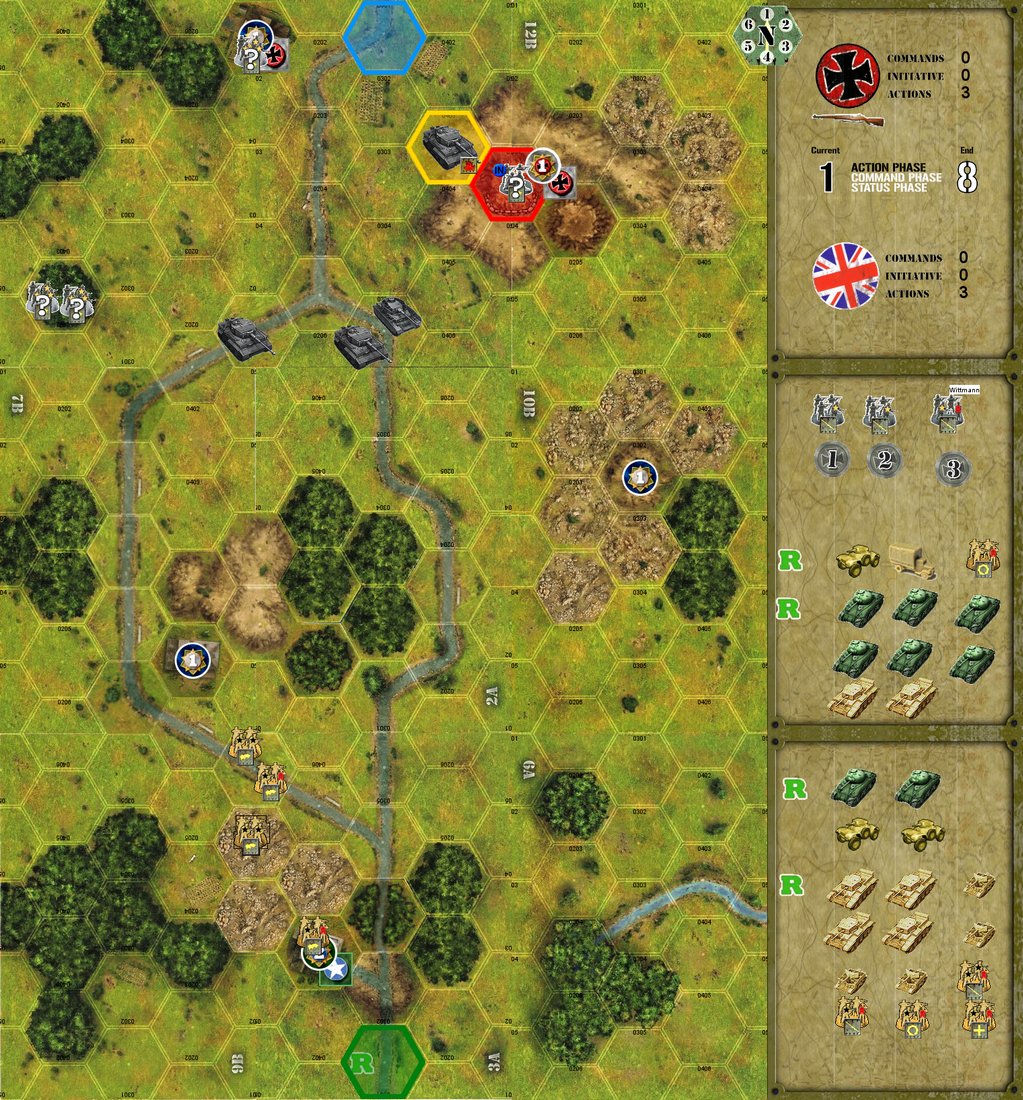