May 1940. With the success of Von Mannstein’s Sickle-Cut plan, the Wehrmacht had broken through the densely forested and hilly region of the Ardennes, bypassing the main Allied forces placing them in danger of being cut off. This led to an all-out withdrawal from Belgium. Soon the only escape route left open to the Allies was the port of Dunkirk, from which hundreds of thousands of Allied soldiers would eventually be evacuated to safety by boat to England. This was to become known as the “Miracle of Dunkirk.” Many troops, however, did not make it there. This scenario depicts a group of BEF soldiers desperately pushing for Dunkirk with German vanguard units hot on their trail. Will they make it there in time? The answer lies in your hands. 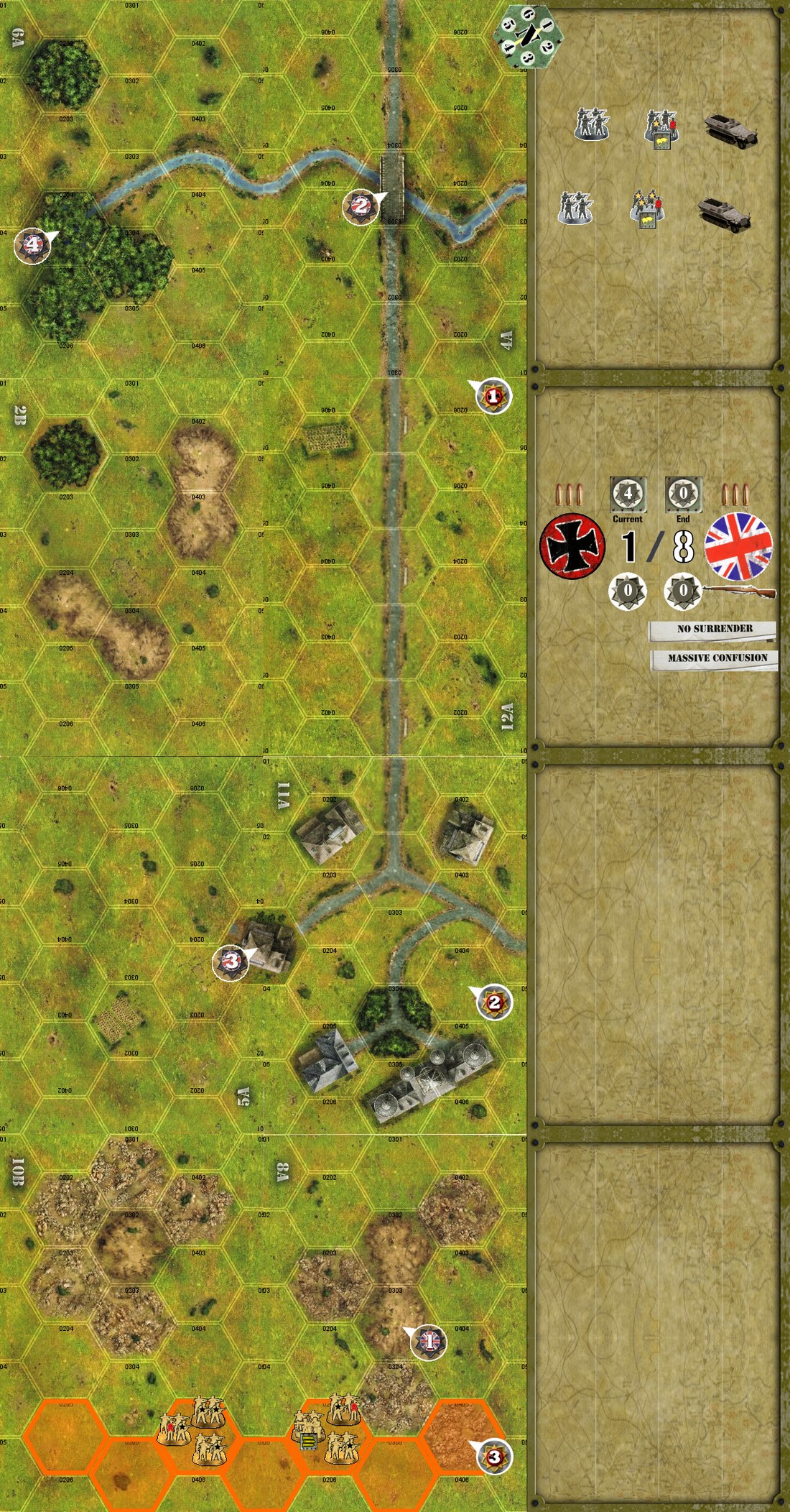 boersma8 wrote:
Considering that you liked this scenario,  I also strongly recommend another scenario of mine: A nasty surprise. Soviet tanks need to destroy a German foward supply depot during the early phases of Operation Barbarossa and then make it off the board quickly to prevent encirclement.


It's still unplayed, but interesting.
www.commandsandcolors.net/tideofiron/sce...-nasty-surprise.html

I really like the idea of destroying a supply depot but I've been scared by the long amount of special rules!
Maybe I should read them again and try to go over that obstale...

JVHillegas-Elting replied the topic: #853 3 weeks 1 day ago
Thanks Willem! I haven't yet played A Nasty Surprise, but look forward to doing so.

boersma8 replied the topic: #824 4 months 6 days ago
I'm glad you enjoyed the scenario. It was actually inspired by the book/movie Atonement.

Yes,  due to the random timing and placement of the units, the scenario plays out differently each time!

Considering that you liked this scenario,  I also strongly recommend another scenario of mine: A nasty surprise. Soviet tanks need to destroy a German foward supply depot during the early phases of Operation Barbarossa and then make it off the board quickly to prevent encirclement.

JVHillegas-Elting replied the topic: #793 9 months 2 weeks ago
Last week I had the rare-these-days opportunity of playing in-person with two of my greatest friends. The friend I played with has a solid foundation of experience with this game, but among the two of us, I am the more experienced.

We played this scenario once. ScubaSeth as the Brits, me as the Germans. I won.

This scenario was extremely fun for me. We ran out of time to play it multiple times--as I generally like to do--but what I liked about it was the random timing of German units entering the battle; the random placement of German units on the map once entered; and the fact that the Brits' goal is merely to exit units at the other side of the map.

Neither of us had played a scenario with this dynamic, so it was a learning curve for both of us. As Germany, I definitely placed my first on-board units (which didn't happen until the end of Round 3) in a more exposed and offensive place than I needed to, and suffered the consequences in both casualties and having to move units quickly to other places on the board. As the Brits, ScubaSeth was more cautious than he ought to have been, which slowed him down greatly.

Germany had about 3-5 area attacks from bombers and artillery during the first three rounds that did not do much damage at all--either because of drift, or because Officers and Elites kept units from being pinned, or simply because Germany rolled crap dice a lot. These attacks seemed great on paper, but in reality they were very underwhelming. The Brits should not have been afraid of these.

This is a scenario I definitely want to play at least a few more times.
Read More...
Original Layout PDF (search for CODENAME).