The Soviet victory in their defense of the Kink salient was the first time a major German offensive was stopped with only minimal gains. But what made the 1943 summer campaign exceptional was the counterattack that the Soviets planned before the battle of Kursk and launched even while the German SS corps was still trying to push north. On 12 July. Operation Kutuzov began with the goal of eliminating the German salient arormd Orel. By the end of August, Soviet mechanized fortes had pushed forward almost 100 miles along a fivnt of nearly 300 miles. The Germans fought desperately, but once the Soviets seized the initiative, the fray of the Russian hear would not abate until the war ended in Berlin 21 months late!

The stream is Shallow.• Vehicles may not enter balkahexes.​ 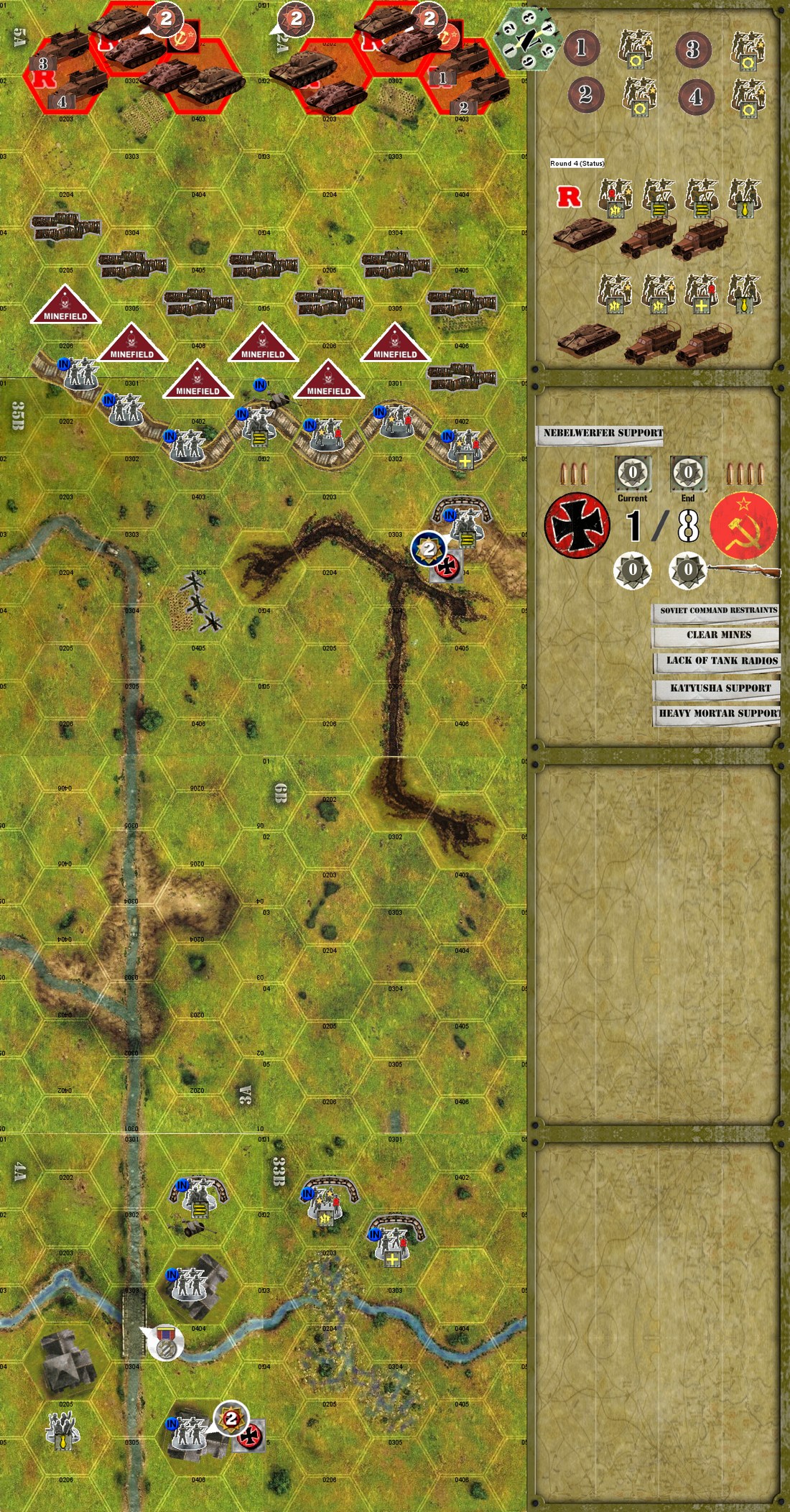 Western Front
132 Dirtier by the Dozen