Although the rail station was in German hands, the Soviets counterattacked daily. In older to eliminate the Soviet forces left behind, the Germans had to commit firsh units to clear the area around the station. 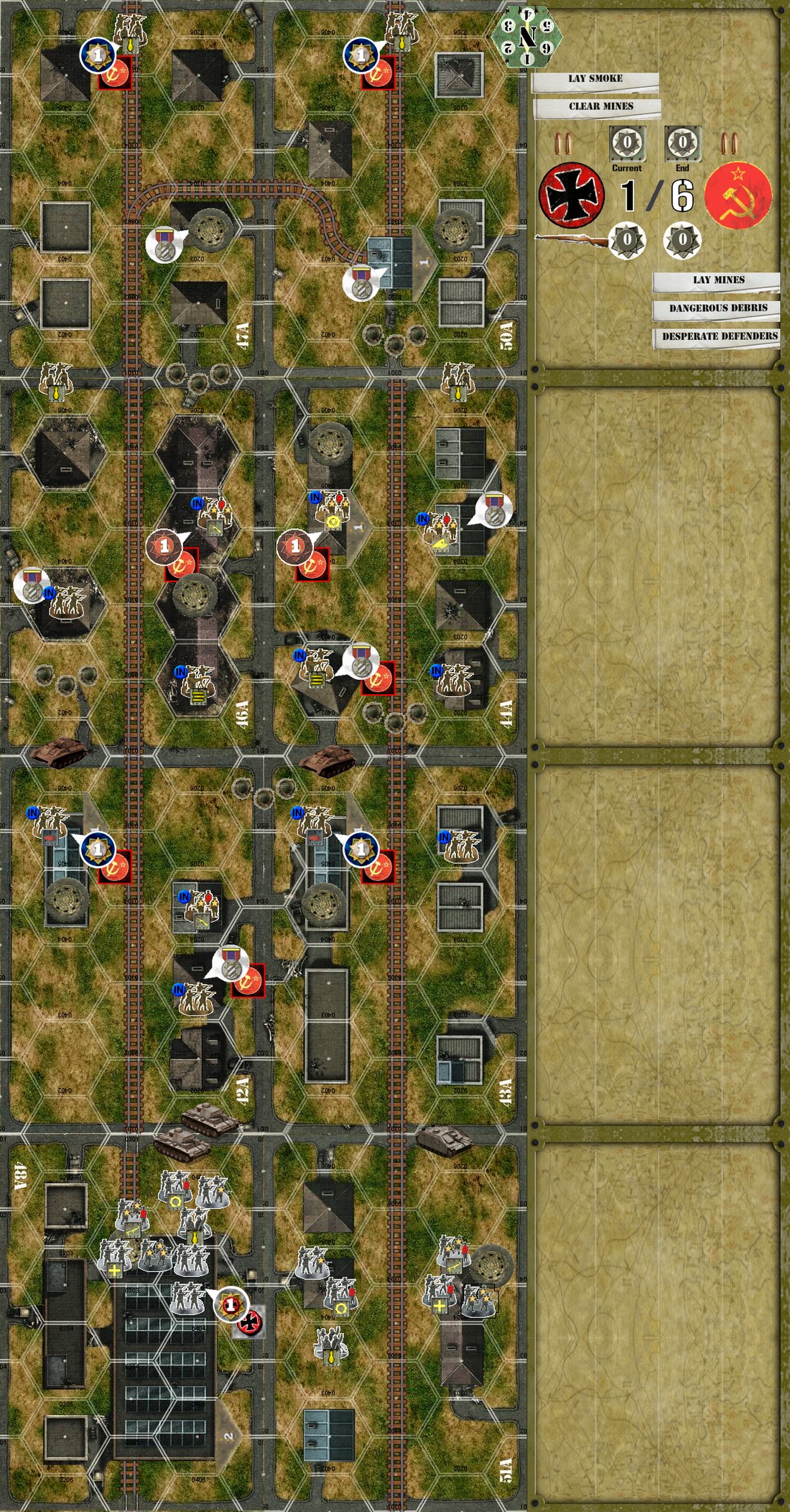 The Red Army and Navy and the whole Soviet people must fight for every inch of Soviet soil, fight to the last drop of blood for our towns and villages...onward, to victory! (July 1941)