Jun 13, 1944. The Allies are advancing quickly to Caen and have taken hold of the small town Villers-Bocage. The 4th County of London Yeomanry 'Sharpshooters', also known from their combat prowess in Africa as the 'Desert Rats', have established a forward HQ in the town. The Germans are aware of the British forces in the area and Haupsturmfuhrer Wittman volunteers to reconoitre the town from nearby Hill 213. Spotting the British armored column along the roadside breaking for tea he jumps into the nearest Tiger I and attacks the column from the rear cutting off any chance of escape. Wittman manages to destroy a dozen tanks and numerous other vehicles in the column before turning along the road into town and assaulting singlehandedly the poorly defended HQ.
In the end it is a mere 6 pound shell that brings Wittman's assault to a halt after disabling his track and rendering his tank immobile.
Wittman and his crew escape on foot and return to Panzer Lehr HQ to report the massive victory. Twentyseven tanks and vehicles were destroyed by the panzer ace in the attack. 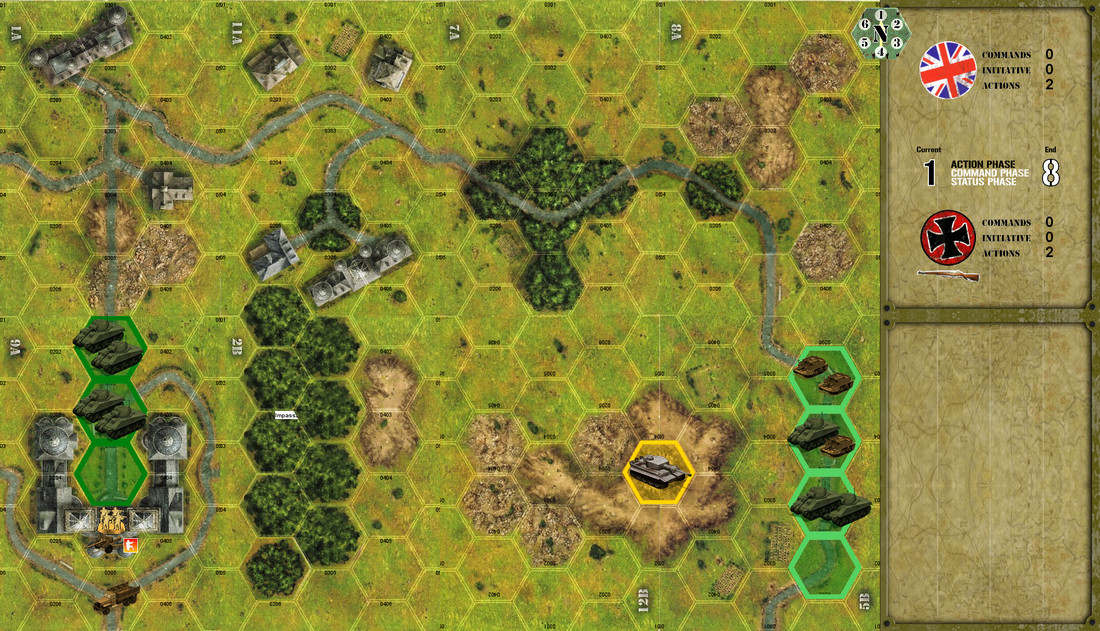