Stalingrad, 13 November 1942. During the last major push by the German 6th Army towards the Volga, Russian resistance was exceptionally stubborn and tough. With temperatures well below freezing, the fighting was confused and raged from house to house, street to street. In the morning, Pionier-Bataillon 45, attached to Surmkompanie 44, attacked a heavily fortified structure held by remnants of the Russian 650th Rifle Regiment.
The fight for this Russian strongpoint, the Red House, is intended to show the chaotic nature of the battle, where front lines became hopelessly intermixed, and it could well be that enemy squads shared the same building for some time.
This scenario offers many options, so that it may be best to play it several times to get a feeling for how the various options and components interact. 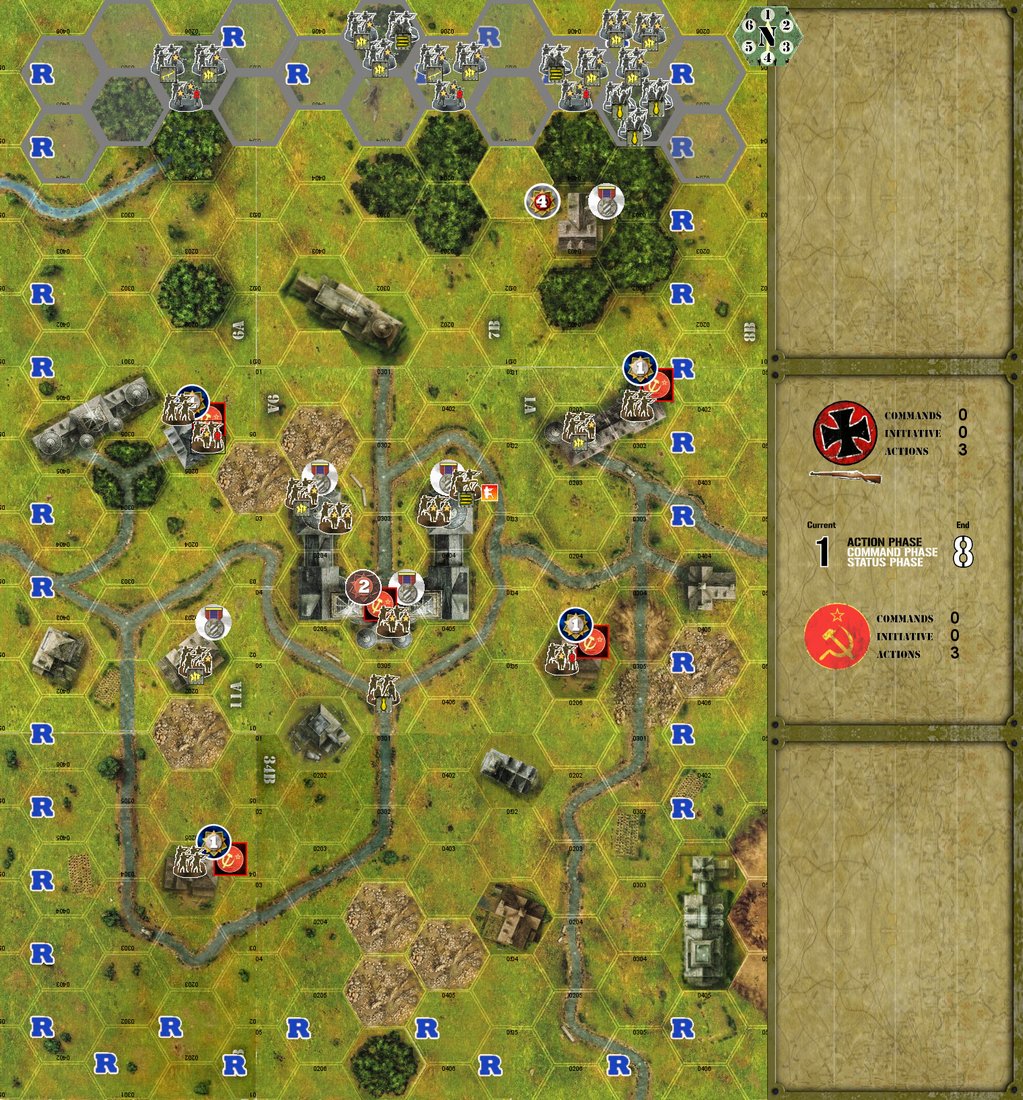 Australia and New Zealand are now threatened by the might of the Imperial Japanese forces, and both of them should know that any resistance is futile.