240 Who Killed the Black Baron

August 8, 1944 • To help counter the allied attack known as Operation Totalize, the German tank ace, Michael Wittmann is assigned to take the high ground and destroy as many allied tanks as he can. Lying in wait are the British and Canadians with their best punch, the Firefly. While above the battlefield, the US air force is on call. Wittmann never did make it to his objective but the mystery of who killed the Black Baron remains. 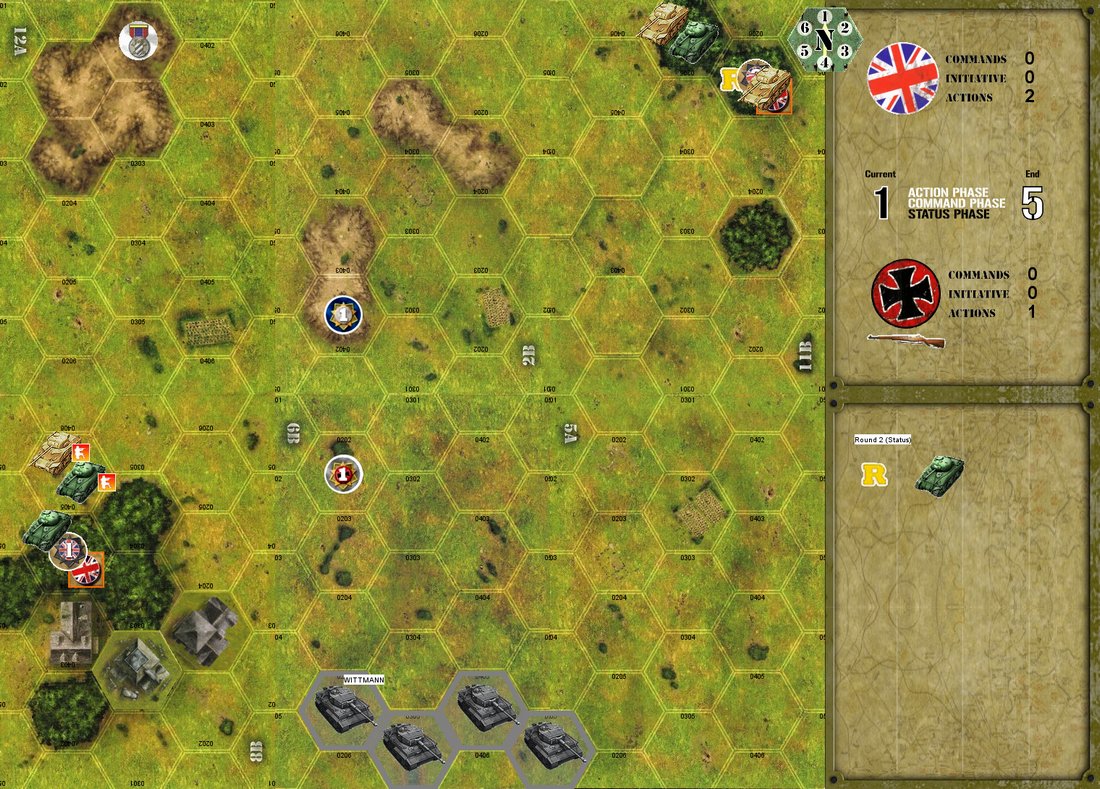 This turns out to be quite a tricky battle despite it’s plain appearance. With easy set up and few units, players will be able to get into it quickly for multiple plays to explore the different options. While it could easily be played by novices, I think even seasoned players will find a challenge here.