This was the southern pincer of the German Plan Citadel to encircle the city of Kursk. The Northern pincer was having problems, and on the morning of the 12th of July, the 1st SS headed for hill 252 while the 2nd SS and 3rd SS were struggling to make ground across the Russian steppe. Hill 252 lay between the 1st SS and the town of Prokhorovka. Between the SS groups was a single Soviet armored brigade that was a constant threat to the German plan. The Soviet 5th Guards defended the town on three sides. The Germans thought wrongly that the town was defended by a single weakend infantry division and an armored brigade. But the 5th Guards were ready and began charging on the German Panzers. 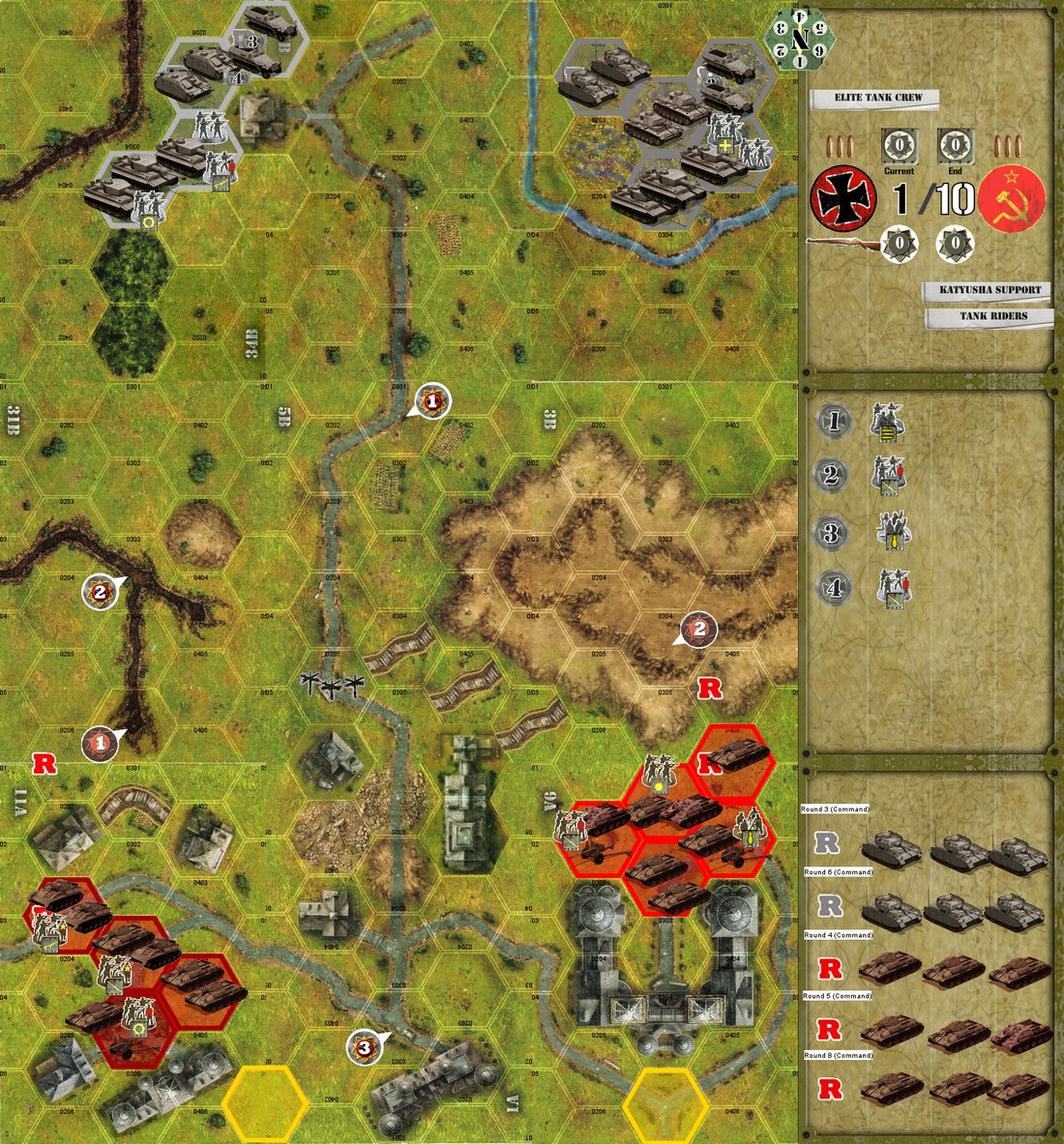