The Germans advanced 500 Km in the first eighteen days of the invasion of Operation Barbarossa. The German army ran into unexpected resistance near the town of Smolensk, about 400 km west of Moscow. Three Soviet armies, the 16th, 19th and 20th were encircled and destroyed south of the town. Though a significant number of men and equipment managed to escape the encirclement. The Red army began to recover and a new plan was made for the build up around Smolensk for a defensive line. The German plan was a pincer move with the second Panzer army coming from the south and the Third Panzer army coming from the North. But they didn't know about the Soviet Build up. 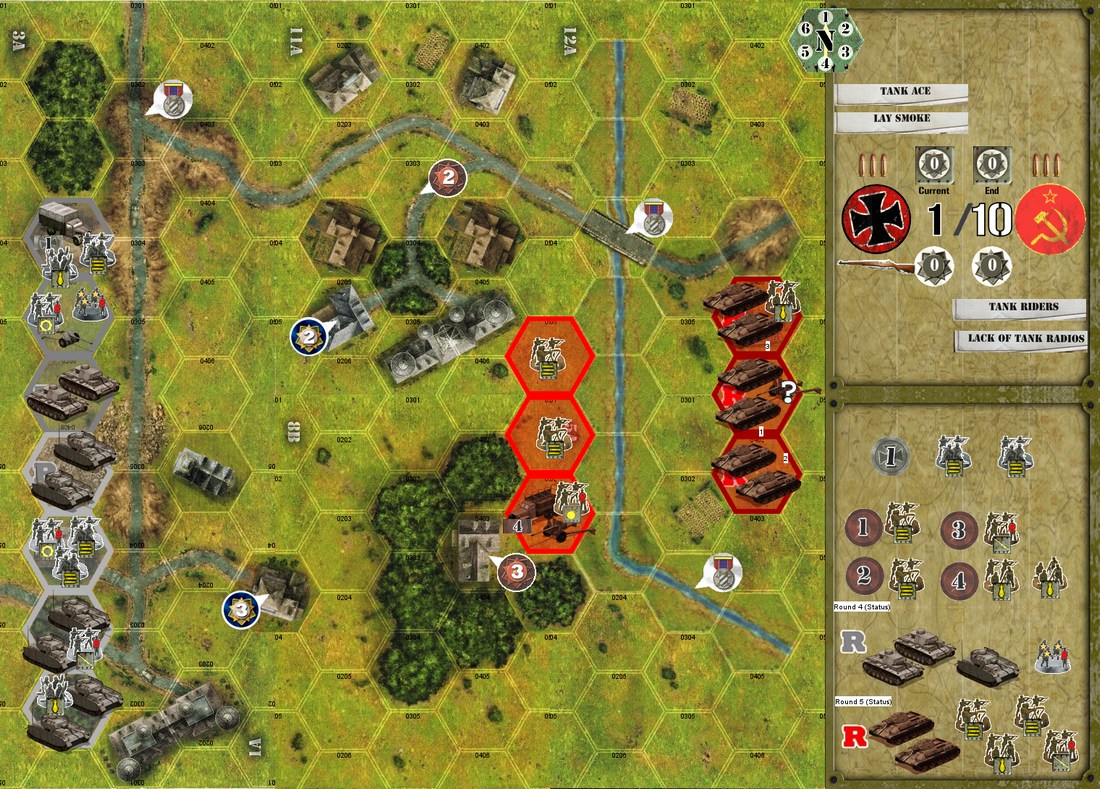 JVHillegas-Elting replied the topic: #651 9 months 2 weeks ago
It's great to have this online resource and community, for just this reason!

Going forward, particularly for player-created scenarios, I'll definitely do a more thorough job of taking notes about questions and potential issues I have, and then documenting those here. I mostly play solo, and when I play a scenario I usually play it 4-6 times before shifting to another one. This helps me learn the game, and evolve my strategies. It also reflects the fact that I generally fail miserably at one side or the other the first time or two, before I figure-out my tactical mistakes and win with the other faction.

wrote:
A lack of clarity with some of the scenario detailed required me to make some of my own tweaks, and trial them in play.

Hi James,
I'm happy to hear some feedback from another player.
Playing with a friend of mine we stumbled upon similar issues on other scenarios.
Please share your tweaks when ready so that we can try to fix "broken" or "unenjoyable" scenarios for better gaming experience.

JVHillegas-Elting replied the topic: #644 9 months 2 weeks ago
I played this one back in July 2019, and found its design and phrasing a bit rough around the edges. A lack of clarity with some of the scenario detailed required me to make some of my own tweaks, and trial them in play.
Read More...
Original Layout PDF (search for CODENAME).