After making some exploratory attacks on Campoleone, by the British 1st Division, on February 3rd, the German Fourteenth Army under Schlemm and Herr began their counterattack. Even after being reinforced by the 168th Brigade and the 46th Royal Tank Regiment, the British fell back to the city of Aprilia, which they called "the factory". By the 16th the Germans brought up their Tiger tanks, and the British causalities mounted. They lost a company and was Overrun and by the next day had suffered over 200 causalities. 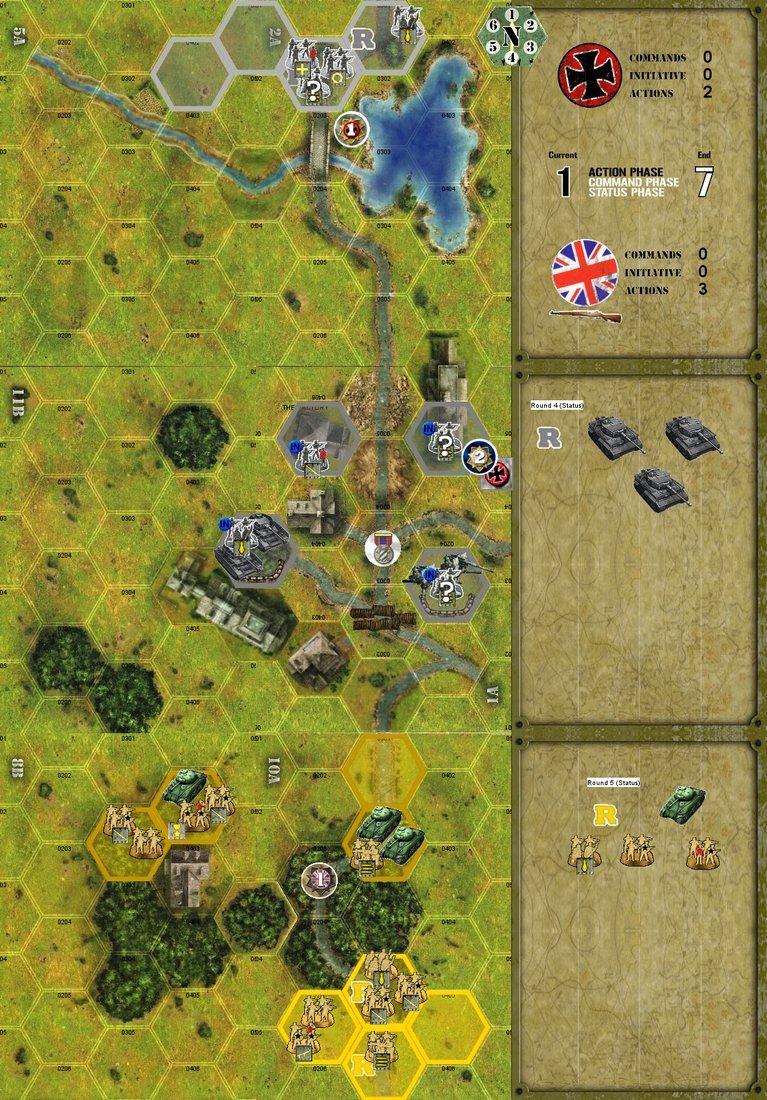 I've played this one and found the "Lay Razor Wire" quite useless for the USA player.

Australia and New Zealand are now threatened by the might of the Imperial Japanese forces, and both of them should know that any resistance is futile.