August 17th 1944. After General George Patton is ordered to stay in Argentan on August fifth. This allowed the Germans to begin to move troops out of the pocket. Finally, closing the gap falls on the Canadians with Operation Tractable. The Canadian Sutherland Highlanders, elements of the South Alberta Tank Regiment and the Fifth Anti-Tank Regiment are on advance near the town of Trun. They are on the move to complete the encirclement of the German forces in the gap, liberating the town the next day. In the town awaits a Panzer headquarters unit with several Panzer platoons and an anti-tank platoon. The countryside is complex with a small village, hedgerows, and a shallow Dives River. 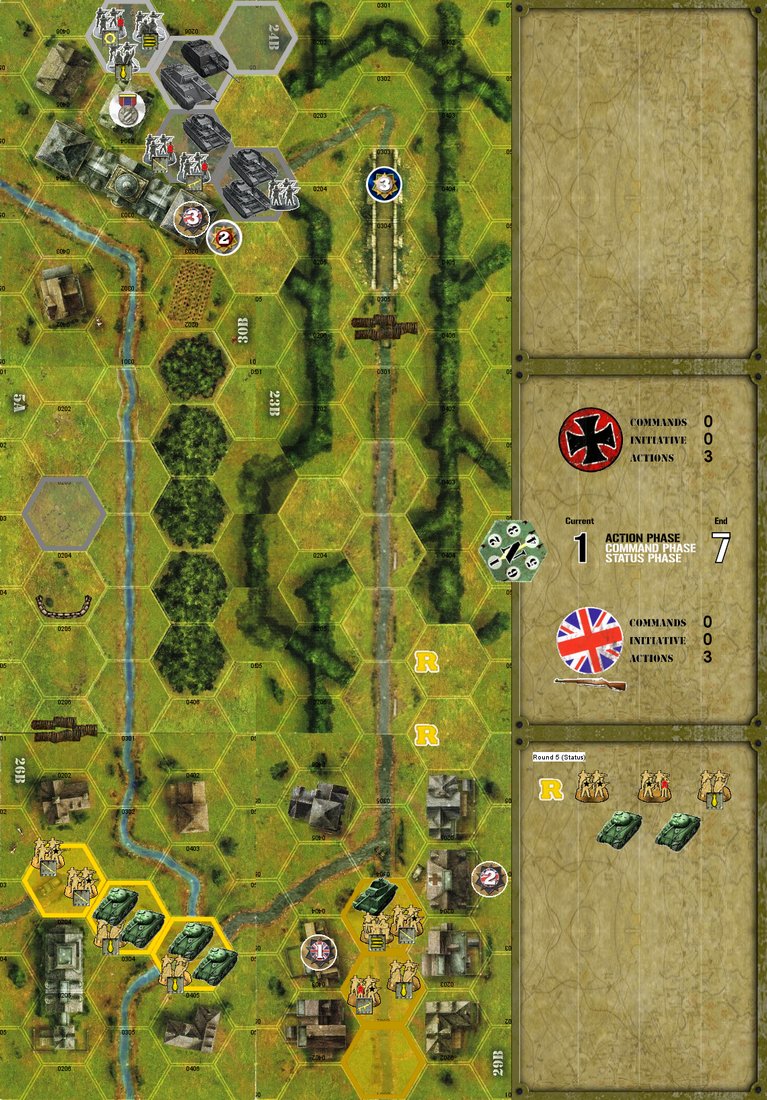