284 Evacuation: Battle of the Bulge

Written by The Kaiser. Posted in Western Front

A.K.A. Bulge - Defend the Hospital

As the Americans learn more of the scope of the German drive into the Ardennes know as the "Battle of the Bulge" (or Wacht Am Rhein) they are caught off guard. German forces smash into the American lines in an attempt to drive towards Antwerp.
The Americans are retreating West in this sector of the line, however, they must hold the aid station until the casualties can be evacuated as a wounded colonel is in the hospital.
The Germans must keep the momentum rolling forward and open the roadways. As the Germans will soon discover, though, the Americans do not intend to give ground easily. 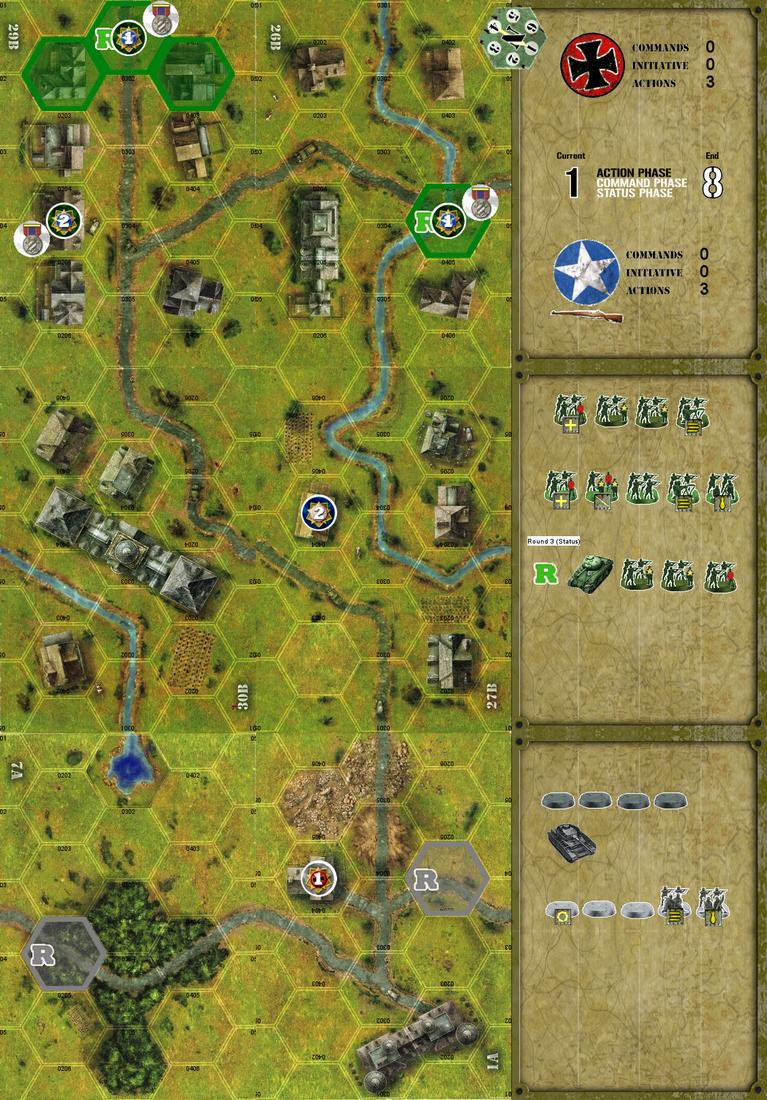