In order to maintain the momentum of the westward advance it was a top priority to seize the vital crossroads in Bastogne for General von Manteuffel's Fifth Panzer Army. By 21 December the German forces had surrounded the town, which was defended by the 101st Airborne Division and elements of the 10th Armored Division. The encircled and outnumbered defenders lacking coldweather gear had only a streak of food, medical and ammunition supplies. Due to bad weather conditions aerial resupply and tactical support were not available. The Germans launched several probes and local attacks on different points of the perimiter in sequence, to find weak spots and overburden the defenders.

Flamierge, 0500 hour, 23rd December, 1944.
Veiled by the morning fog and supported by a Pz-IV, a German group of a volksgrenadier company and a small but crack recon detachment is closing on the American positions to storm right after the preparatory artillery strike.If this first wave is to pierce the American main line of resistance soon enough, two German battalions will join in the attack to enforce a breaktrough. The early collapse of the whole line in the northwest would definitely seal the fate of the Battered Bastards of Bastion Bastogne. 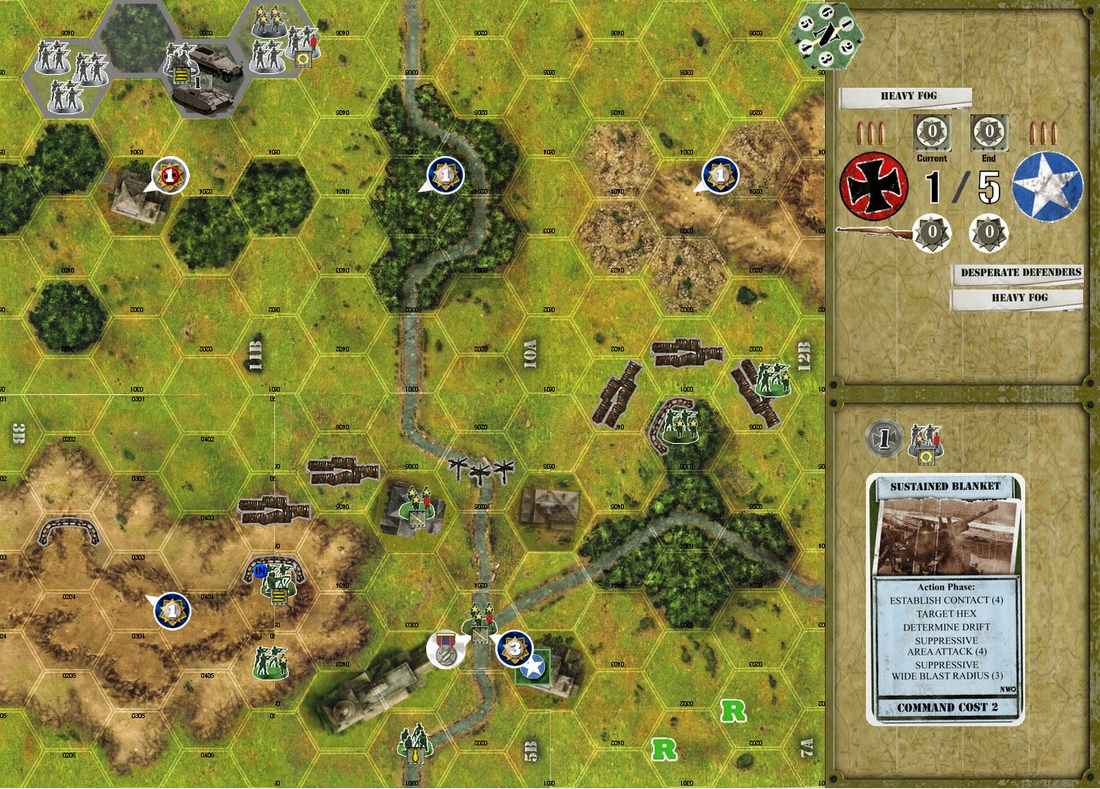