As part ul'Operation Overlord, the American Ranger battalions attempted to capture gun batteries at Pointe du Hoc after making a cliff assault under enemy fire. However; upon reaching their taiga they discovered their Mformation was wrong and were famed to search almost a mile jiirther inland in order to find the gun batteries, which had been moved by the Germans prior to the attack. 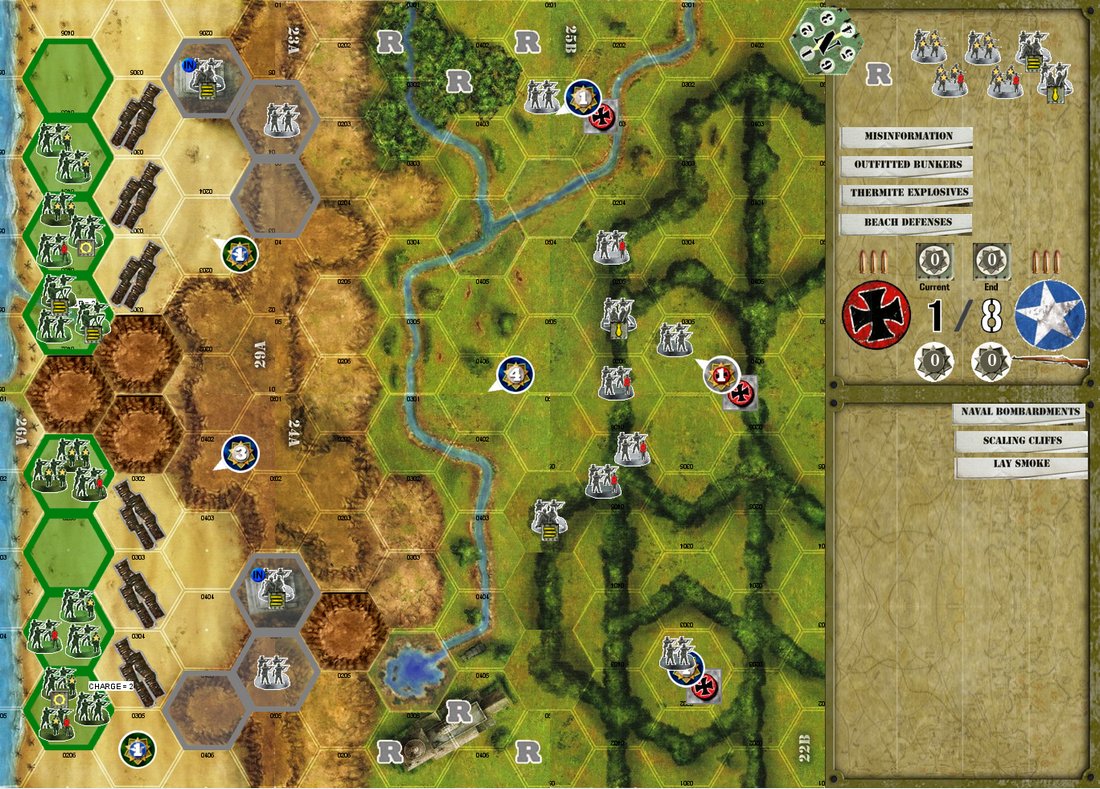