Auer sustaining horrible losses while crossing the Sauer River, 76th Infantry Division adopts more cautious protocols in their attempts to push thmugh the Siegfried Line. On the morning of February 11th, 1945, a 15-minute barrage from an entire artillery battalion is unleashed on a small German fortified position, and followed up by mortar bombardment in prelude to a fidtscale attack. 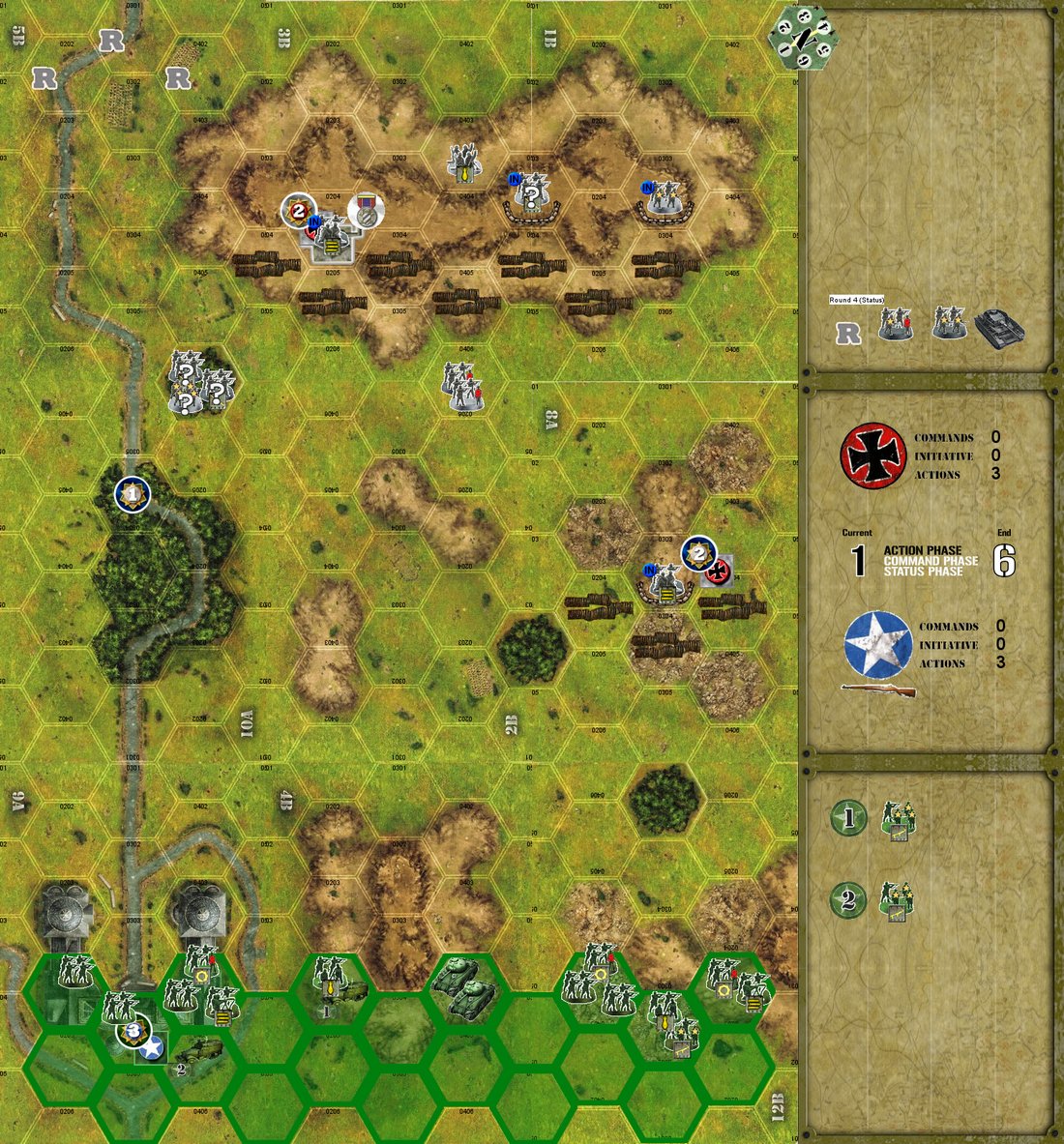 JVHillegas-Elting replied the topic: #691 10 months 2 weeks ago
This may have been noted elsewhere (i.e., on Board Game Geek), but I wanted to log it here as well that "Silence the Guns" is the name of this scenario original ToI base game. In ToI Next Wave, this scenario is called "Uphill Battle." There are some notable differences between these versions.

In particular, the later (NW) version:
Overall, I interpret this as an attempt at re-balancing the "Silence the Guns" scenario from the original to the Next Wave version, in favor of the Americans. To wit:
Read More...
Original Layout PDF (search for CODENAME).