This map has been designed with the Buy Point Meeting Engagement Scenario in mind. It represents 2 roughly equal forces suddenly running into each other while in the midst of a patrol or mission in uncontrolled and unfamiliar territory.
The current forces represent 450 points using my buy point chart (as posted in the BGG forums). Players are free (and encouraged to) to modify and change these as they wish, with 450-600 points the suggested build size for the game, with a vehicle cap of 40%.
The Americans are numerically superior, but the Germans have better tanks and are better led (represented by having more officers as well as more Strategy Decks). 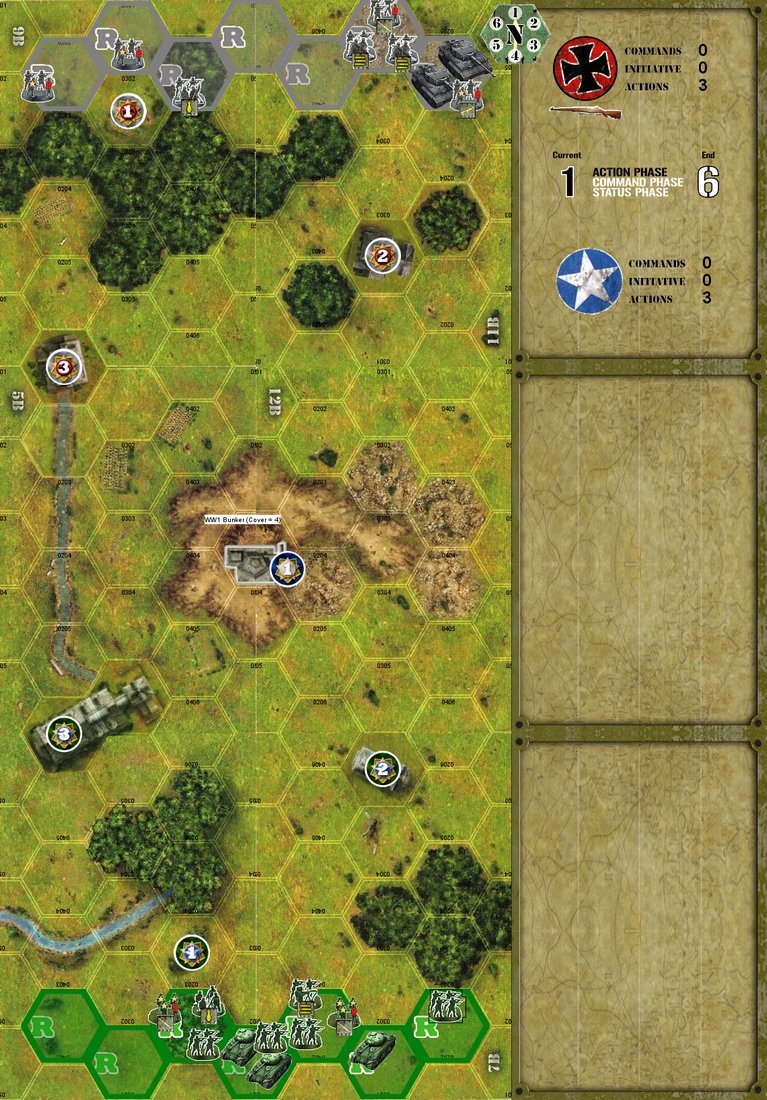 Players can easily switch deployment sides if they wish, adjusting the colors of the deployment hexes as well as command counters as necessary.

In 1933, a French premier ought to have said - and if I had been the French premier I would have said it: The new Reich chancellor is the man who wrote Mein Kampf, which says this and that. This man cannot be tolerated in our vicinity. Either he disappears or we march! But they didn't do it.