December 27 1944, the Ardennes. The last desperate German offensive in the West, code-named “wacht am Rhein”, is grinding to a halt. The inability to capture the vital road junction of Bastogne is proving disastrous for the German plans. The American elite 101stairborne division, however, finds itself trapped in the besieged town. In one of the most rapid redeployments of force in the history of warfare, Patton’s 4tharmored division is rushed North to relieve them.
At the village of Chaumont the Germans have assembled a force of assault guns and tank destroyers to halt or at least stall Patton’s force. 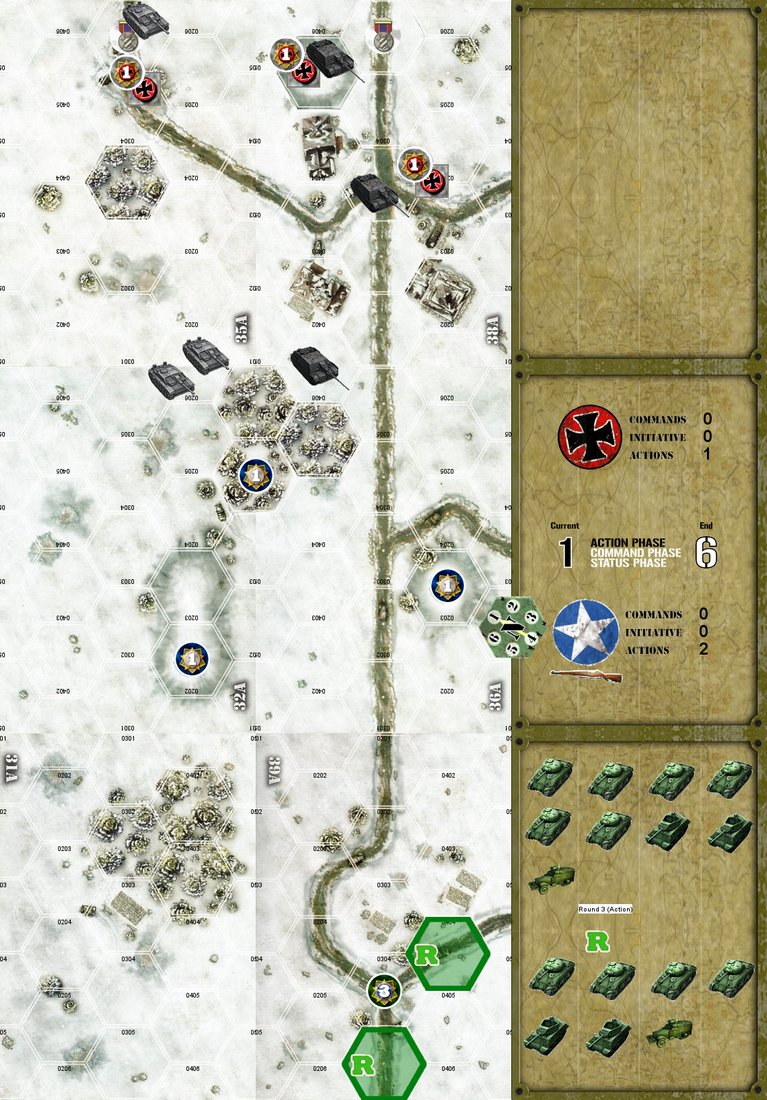 In Hitler's launching of the Nazi campaign on Russia, we can already see, after six months of fighting, that he has made one of the outstanding blunders in history. (before the House of Commons - December 11, 1941)