June 6th, 1944. Company A, of the 116th regiment, supported by Rangers from 2nd Battalion assaulted the beach designated as Dog Green. This was a heavily fortified strongpoint guarding the Verville draw. The American soldiers advanced under heavy machine gun and mortar fire, taking heavy casualties. All but 2 of the special DD Sherman's sank in the channel, resulting in little armor support. By the end of the day, the Americans had open the exit and reinforcements moved inland. 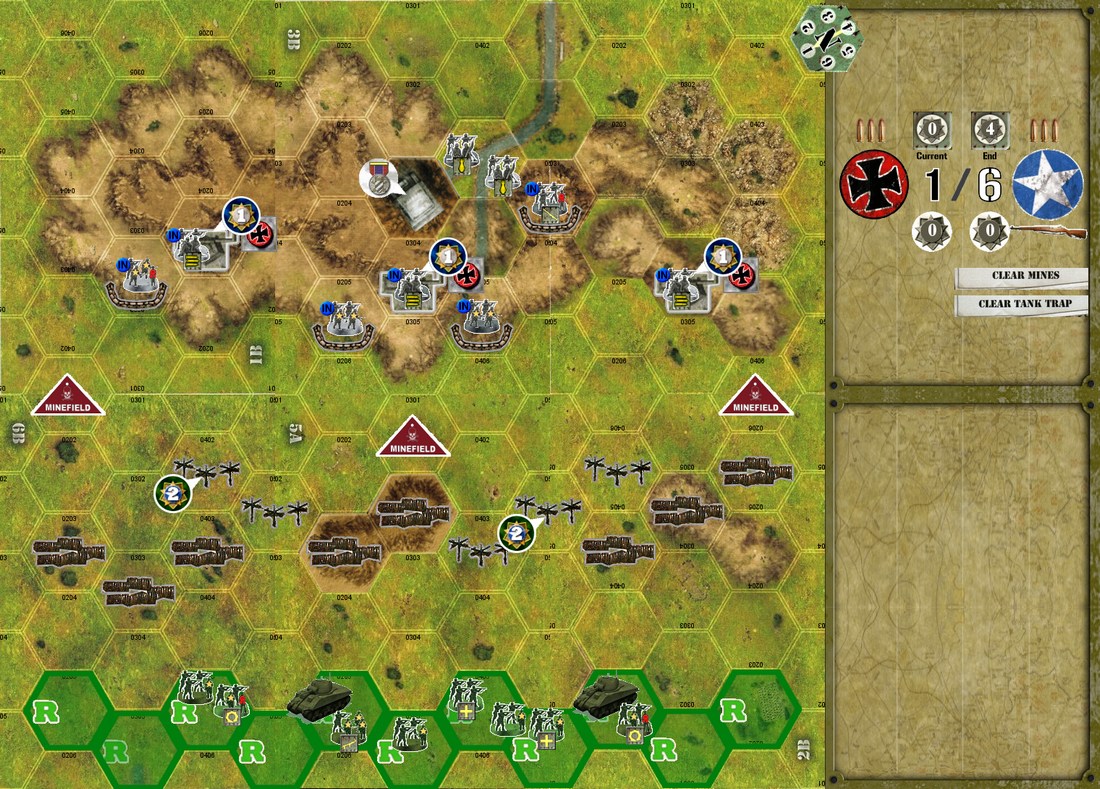