On January 30th General Lucas battle plan called for a ranger force to infiltrate Cisterna by the Cisterns road. But he was operating on faulty intelligence, the German Herman Goring Panzer Division was already setting up a supply base at Cisterna. The First and Third Ranger Battalions proceded the main attack by the Fourth Ranger Battalion and the 15th Infantry Regiment. Even though they were able to bypass numerous other German troops of the 715th Motorized Infantry Division, the final part of their approach was across open ground. According to documents, the approach was discovered and an ambush prepared, and over 400 rangers were captured or killed.

They will end up putting me ashore with inadequate forces and get me in a serious jam... Then, who will get the blame?
Gen. John P. Lucas 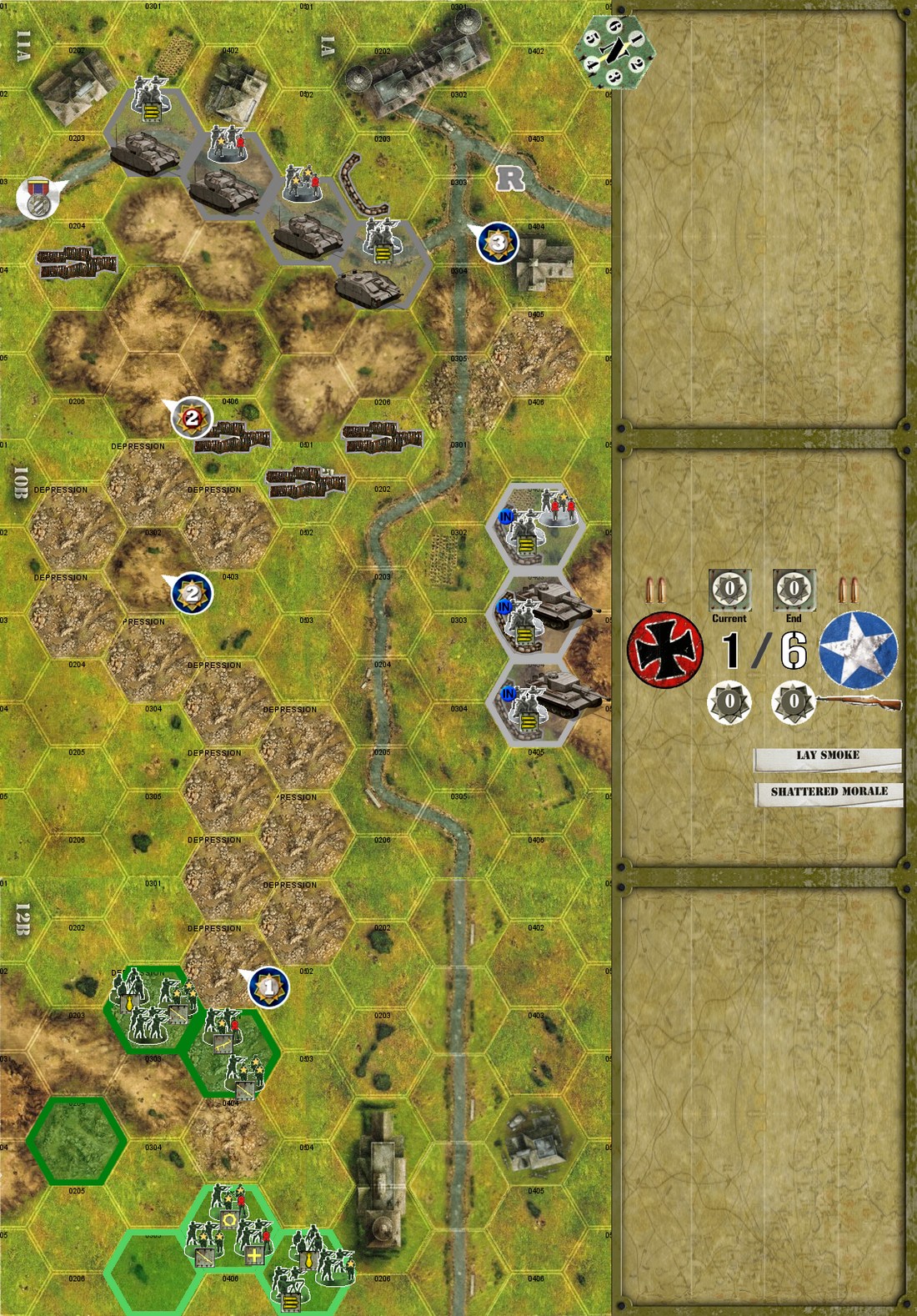 alecrespi replied the topic: #664 9 months 6 days ago
I played this yesterday and found it really difficult for the Americans, considering 6 German tanks (including 2 Tiger with extra thick armor) vs only 3 antitank specializations (useful ones).
The cover provided by the depression (+2) is not enough against 5 German Machine Guns in Opportunity fire.
The Americans also suffered a lot from having only 1 command point available and the command deck (useless), during this game they didn't even get to take the command point 2 on the hill, because 1 Tiger tank had lain down in the depression (with a total coverage of 8, including ETA).

On the other side Germans can rely on 5 to 7 Command Points each turn (always keeping the initiative) with 2 main bonuses: A real massacre, just like in reality.
en.wikipedia.org/wiki/Battle_of_Cisterna
Read More...
Original Layout PDF (search for CODENAME).

Schutzenregiment 1 has, at 22:40, taken high hill just to the north of Cheveuges. Last enemy blockhouse in our hands. A complete breakthrough! (In a wartime cable sent from the battlefield near Sedan)