The German Tiger I heavy tank is one of the better known tanks of World War II. At the start of the war, Germany did not possess any heavy tanks, but combat experience against the French Char B1 and the British Matilda II in June 1940 showed that the German Army needed a heavier tank. It wasn’t until 1941, when the German Panzers in Russia encountered the Soviet T-34 and KV-1 tanks in the initial months of Operation Barbarossa, that design and development of Germany’s heavy tank became a high priority.
The first combat unit to be equipped with the new Tiger I heavy tanks was the 502 Heavy Tank Battalion, which was only partially equipped before being rushed to the Russian front in late August 1942. Near the Leningrad area the Tiger I had its first combat debut, and it was at that time the most powerful and heavily armored tank in the world. 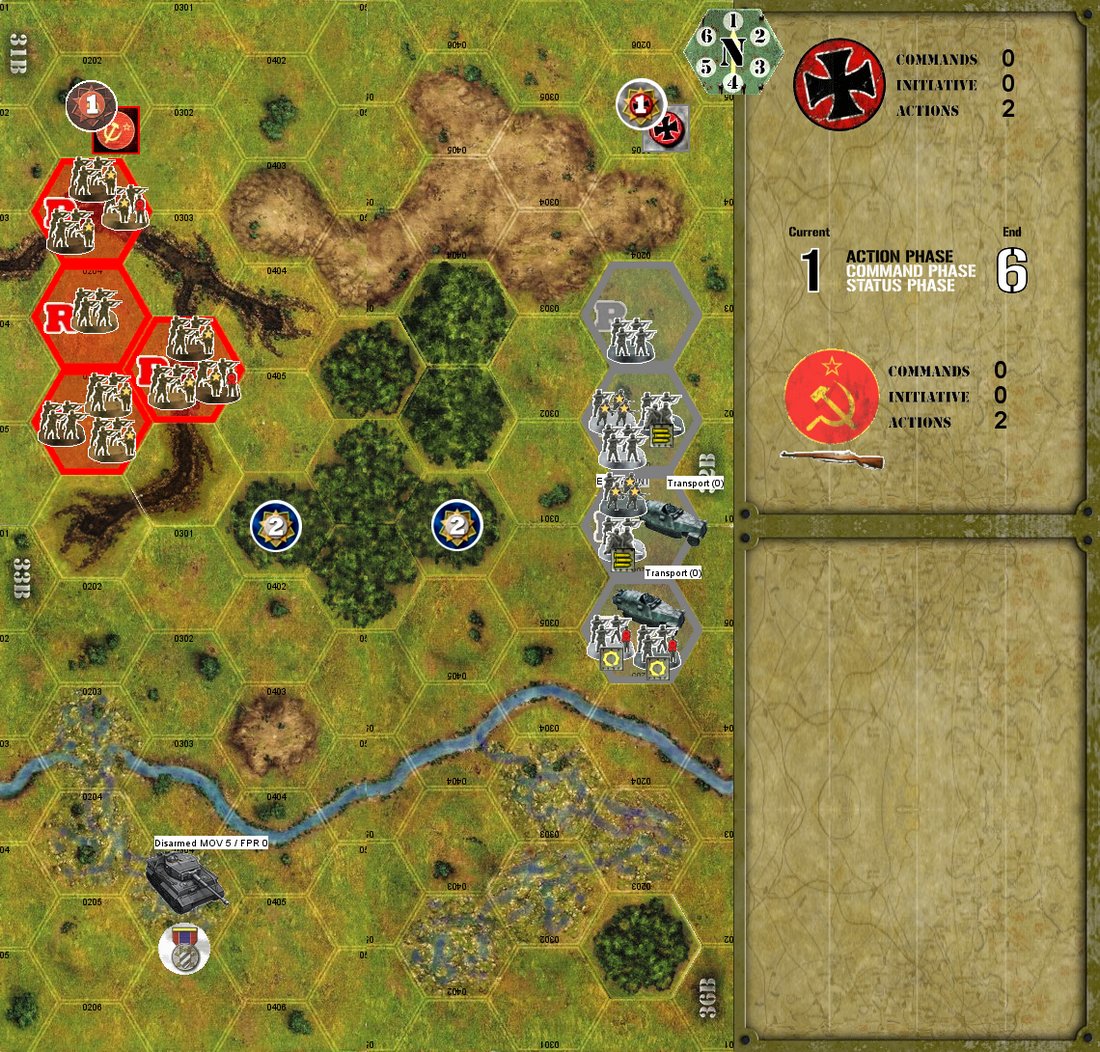 To make it easier for the Soviet player, add one squad base with 4 Regular Infantry to Divison 2.