In the vast stretches of North African desert, settlements are sparse and scattered. A British recon patrol has reached a remote oasis town shortly ahead of their German counterparts. The British have set up camp around the oasis as the German advance scouting party arrives. The scouts on both sides are preparing the way for armored units that are following shortly behind. Who will win control of this vital water resource? 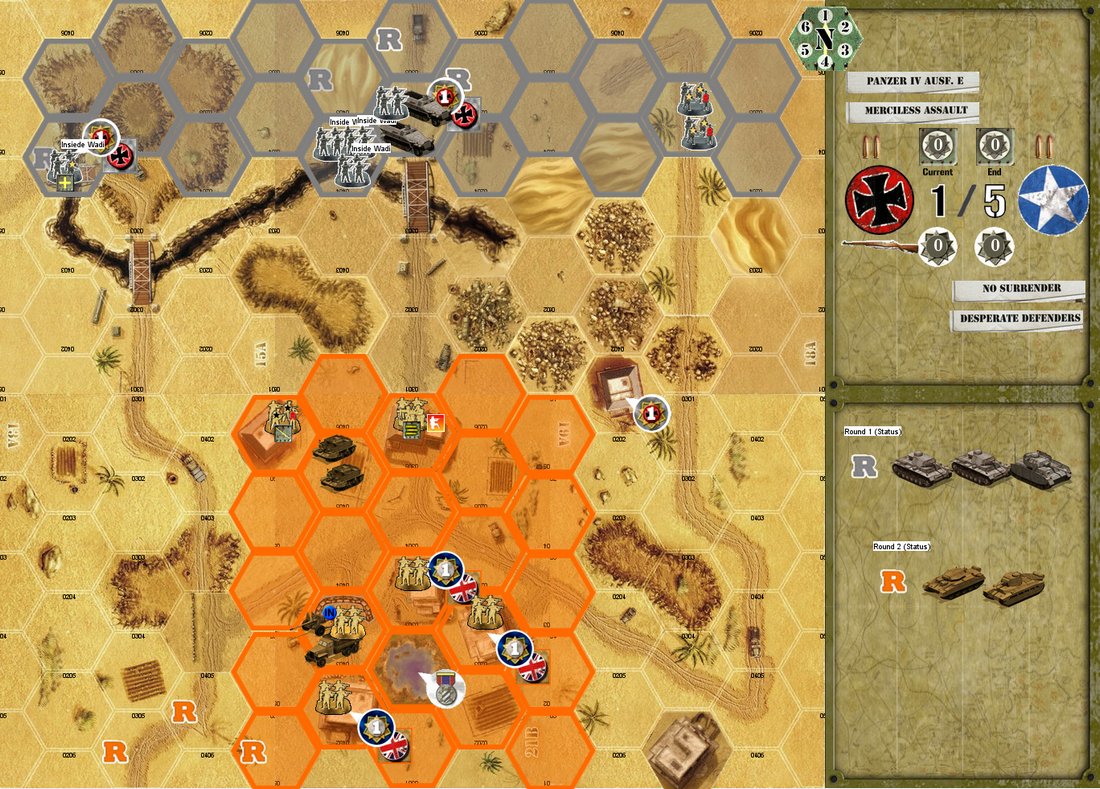 The Limeys want us in even with our hastily made plans and our half-trained and half-equipped troops.  (on joining the war alongside Britain, date unknown)