In North Africa, there was far more desert than there were troops and equipment available to hold the terrain, so the opposing "lines" were often a series of loosely connected outposts, fortified camps, and bands of vehicles that formed defensive rings at the end of the day's fighting.
As a column of tanks and support vehicles moved, it watched for dust clouds that indicated potential enemy columns (just like the clouds their columns produced, thereby warning the enemy of their approach). The speed of the advance was determined by the mission, but the tankers always had to be wary of potential ambushes by enemy anti-tank guns that were able to stay hidden until they fired.
Operation Crusader in November 1941 saw exactly this sort of fluctuating and unpredictable combat environment, where rear-area units sometimes encountered enemy advance parties that were just as suprised as the rear-echelon troops when contact suddenly occured.
Here we have a typical dilemma for just such an Allied force, which did not realize until almost too late that the dust cloud approaching them was made up of German vehicles.
The race is on! 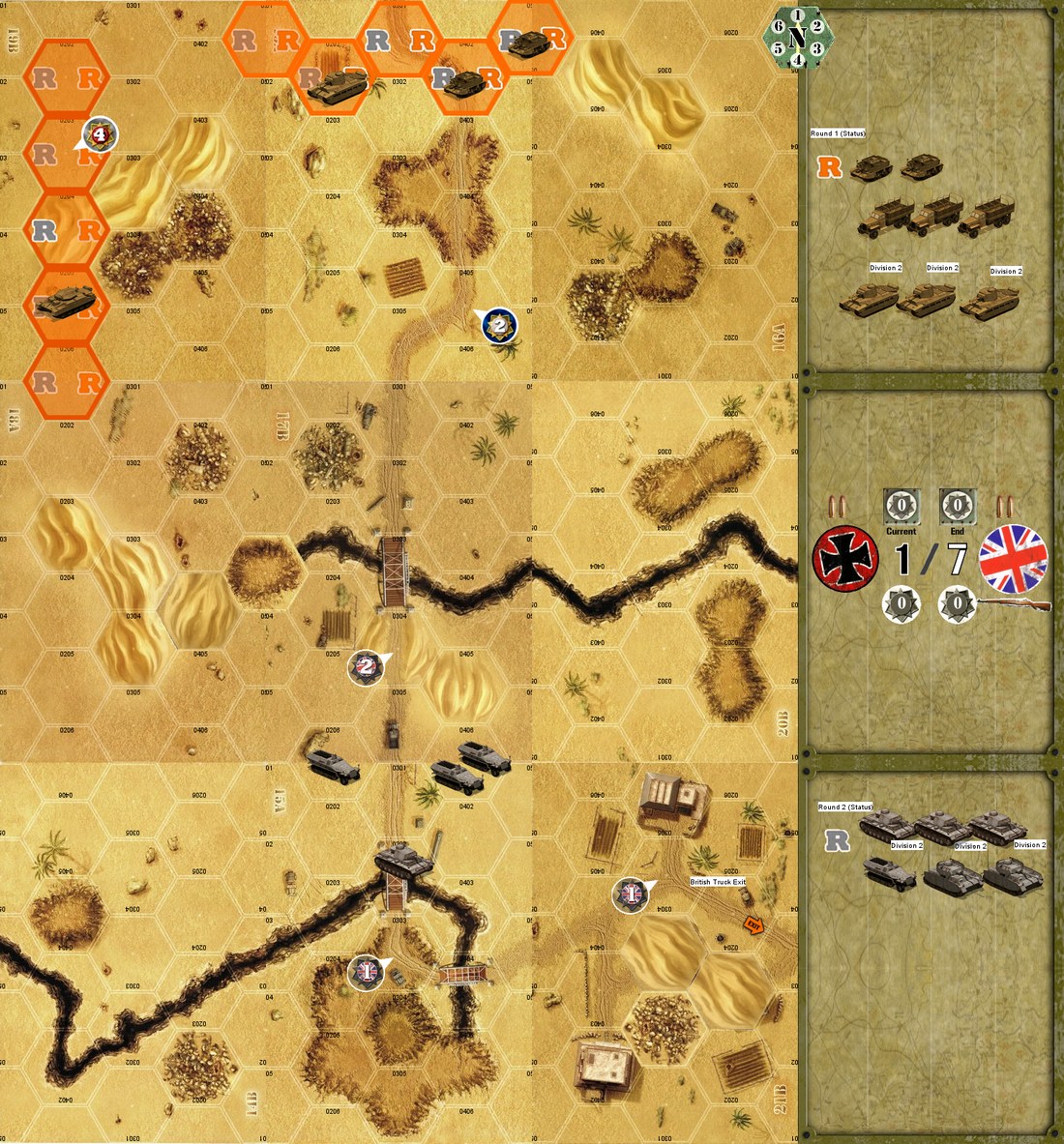 I expected to see a wild cat roaring into the mountains - and what do I find? A whale wallowing on the beaches! (to Sir Harold Alexander on the handling of the Allied landings at Anzio)

PrevNext
Western Front
285 The Jaws of the Trap