001 At The Breaking Point

On July 27th, 1944, the Allies overran the Panzer Lehr Division and began their breakout across France. As General Patton rapidly advances forward, Field Marshal von Kluge is ordered not to retreat but instead to use the 116th Panzer Division to cut off Patton’s supply line. Pushing through Mortain, the Germans engage 700 men of the 2nd Battalion, 120th Infantry Regiment, 30th Division.
Near Hill 317, German squads supported by a Panzer IV are sent to clear a hole in the American defense line. 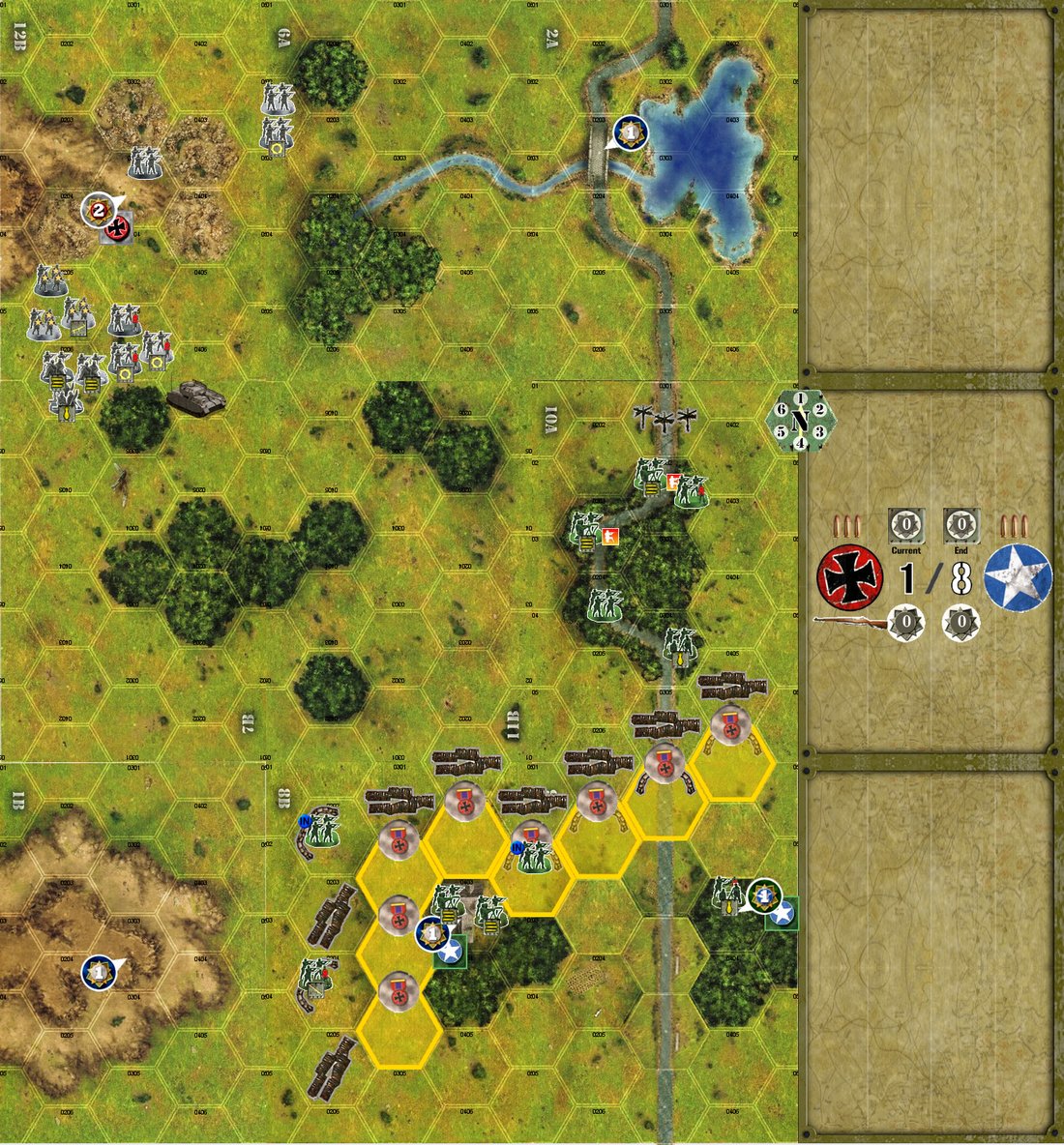 Jarod wrote:
Not an easy task for the Germans player. Need a lot of lucky

You are right Jarod.
Did you use the updated "Next Wave" version of the scenario? Or the original FFG one?

Not a large statistic sample but on the website I can see a 50% Usa / German victories.
It would be interesting to hear some comments from German victorous players.

Jarod replied the topic: #850 3 weeks 6 days ago
Not an easy task for the Germans player. Need a lot of lucky