In late July /944, the German and Allied armies were still locked in close combat in the hedgerows and small towns of Normandy. On July 28 a German attack led by elements of the 2nd Panzer Division smashed into the unsuspecting American XIX Corps while it was preparing for its own offensive to break out of the hocage. The US. 2nd Armored Division moved into the fight, which reached a climax on the second day. That night the Germans withdrew due to problems elsewhere. These two tank divisions would cross swords again five months later in the Ardennes.

In one of those uncommon occurrences during World War II, two enemy combat formations of the same type with the same designation faced each other on the battlefield. The German 2nd Panzer Division and U.S. 2nd Armored Division collided in late July outside the village of Tessy-sur-Vire in Normandy. This time the Americans were attempting to break through German lines and the 2nd Panzer stopped the advance of the 2nd Armored. However, as part of Operation Cobra, other U.S. divisions did succeed in their attacks, ending the nearly two-month stalemate and undoing the 2nd Panzer's accomplishment.
Incredibly, these same two divisions would fight each other again five months later during the Battle of the Bulge at an equally critical turning point, although their roles were reversed. In late December in the snow-covered fields of the Ardennes region of Belgium, the 2nd Panzer Division was shattered just short of its objective of the Meuse River by the timely counterattack of the 2nd Armored Division. Unlike the American experience in Normandy, however, there were no other German divisions available to push on with the advance and the 2nd Panzer's spearhead marked the highk water mark of the German offensive in the Bulge.
This scenario focuses on the first meeting between these two famous units. 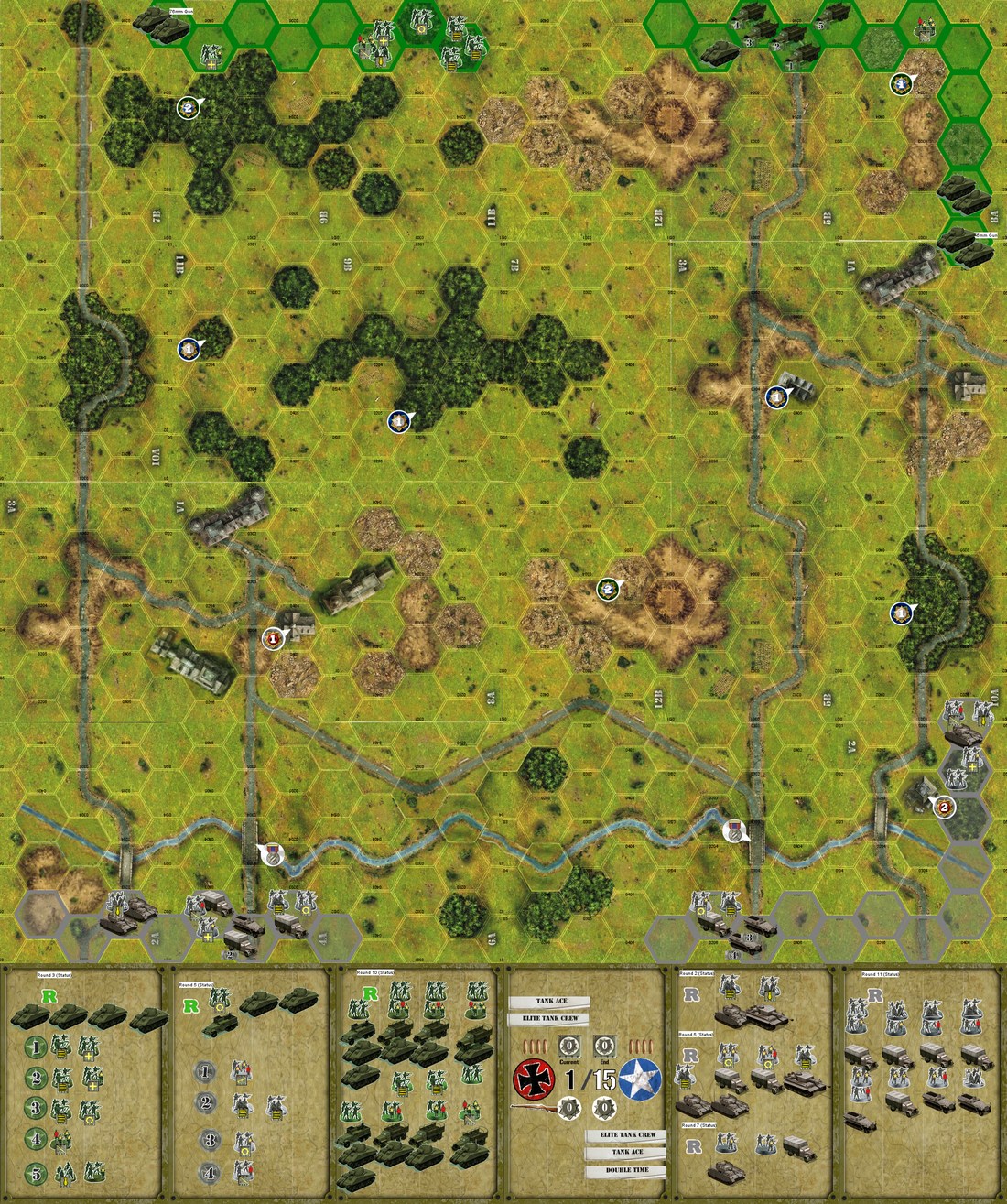