After Operation Cobra shattered the German armies trying to hold back the Normandy invasion, Allied forces raced to envelop and capture enemy troops in the Falaise Pocket. Colonel Harry D. McHugh's U.S. 318th Infantry Regiment, supported by elements of the independent 702nd Tank Battalion, attempted to capture Hill 213 and the village behind it, which would give the U.S. 80th Infantry Division the opportunity to seize the town of Argentan to help seal the pocket.
As U.S. troops attacked on August 18, 1944, the German defenders, included elements of the 728th Infantry Regiment (of the 708th Division), pushed into the Falaise Pocket by U.S. attacks that captured Mayenne, plus the 60th Panzer Grenadier Regiment and Battlegroup Scholz. The German panzergrenadiers and Battlegroup Scholz forces arrived during the battle and counterattacked to restore the situation, moving on to the east. 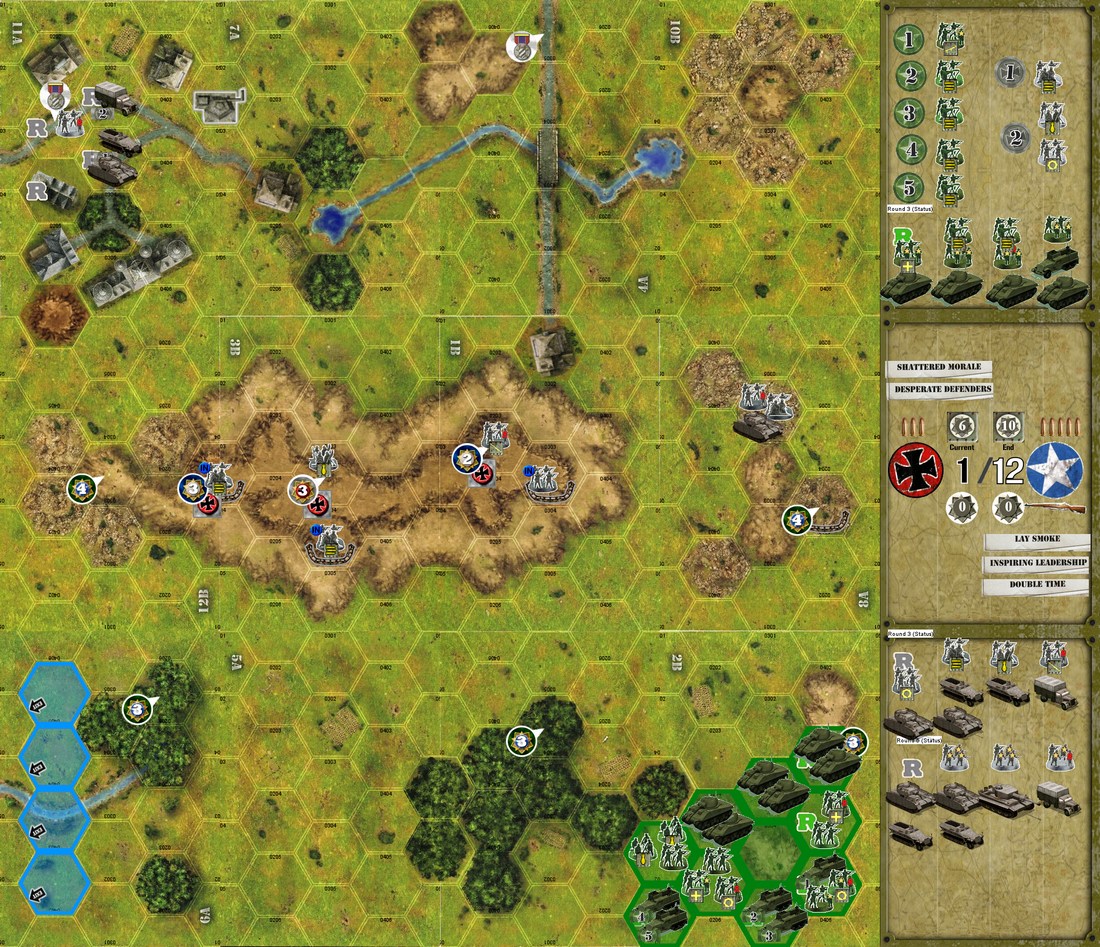 alecrespi replied the topic: #592 10 months 2 weeks ago
Aren't the gray "R" hexes too few (2) for all planned reinforcements for the Germans?
How can they get all the reinforcements in?
Maybe during subsequent rounds?
Read More...
Original Layout PDF (search for CODENAME).