Late in the night of June 5, 1944, the men of the light infantry Oxford and Buckinghamshire go up aboard six Horsa gliders on the secret airfield at Dorset. Their mission: launch the first assault D-day airport and capture two bridges.
A few minutes after midnight, the 6th June 1944, the gliders land in a small square of fields between a pond and the canal of caen, a few tens of meters only their goal! Major Howard and his troops take completely by surprise the forces German. Despite the opposition fierce of a machine gun nest protected by sand bags in end of the bridge, now famous under the name of "pegasus bridge ", the commandos capture their goal in a few moments
This scenario is based on Pegasus Memory Bridge 44. 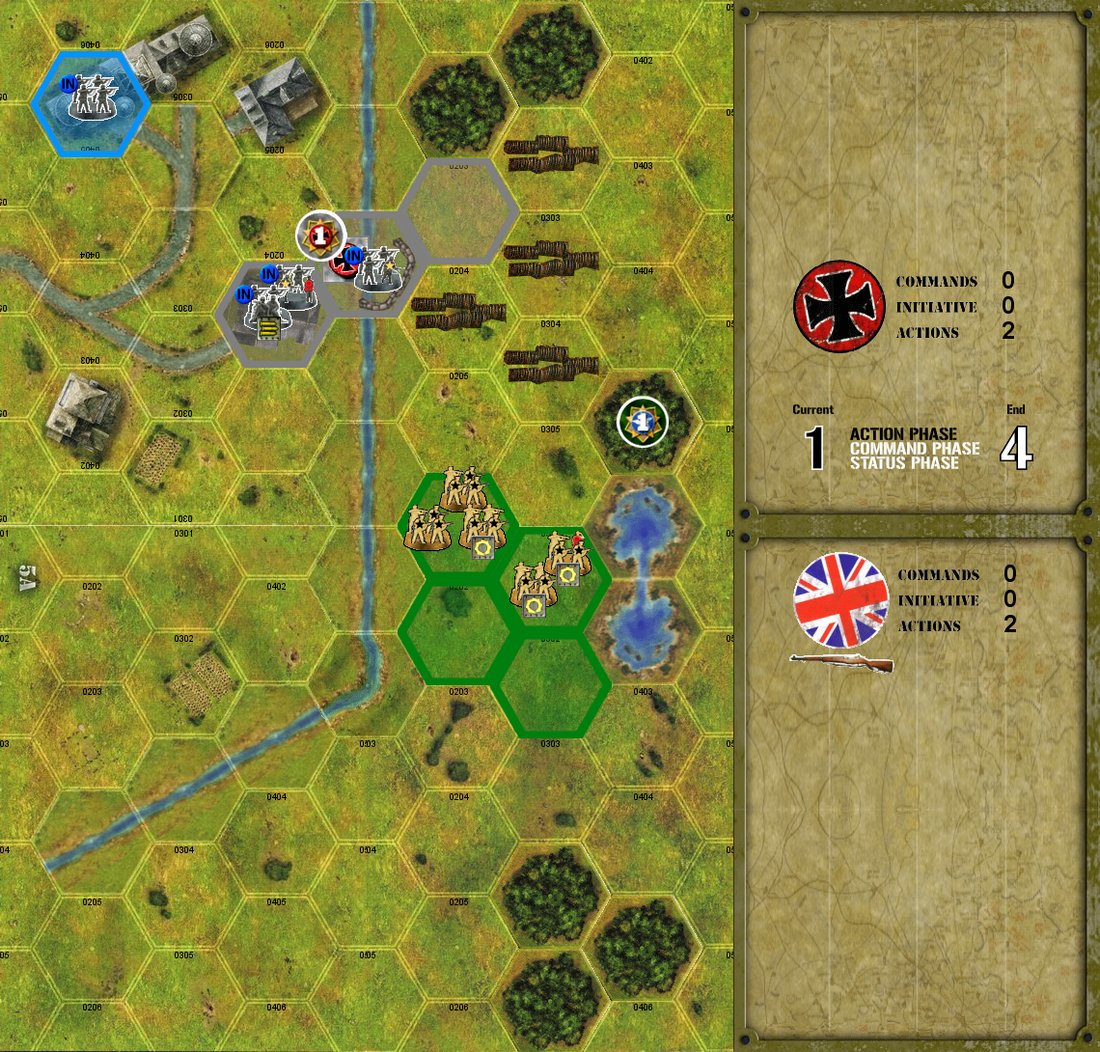 alecrespi replied the topic: #789 11 months 1 week ago
We played it in nearly 15 minutes with Vassal... it's a fast scenario, good to introduce new players.
Clearly in favor of the British side (so many Elite units that can "fire at will"

Due to impassable river rule and initial deployment, I think it could be a 2 map scenario.