The German forces patrol the road on 3A and 10A to protect supply lines. A small American force has been ordered to eliminate the German patrol. 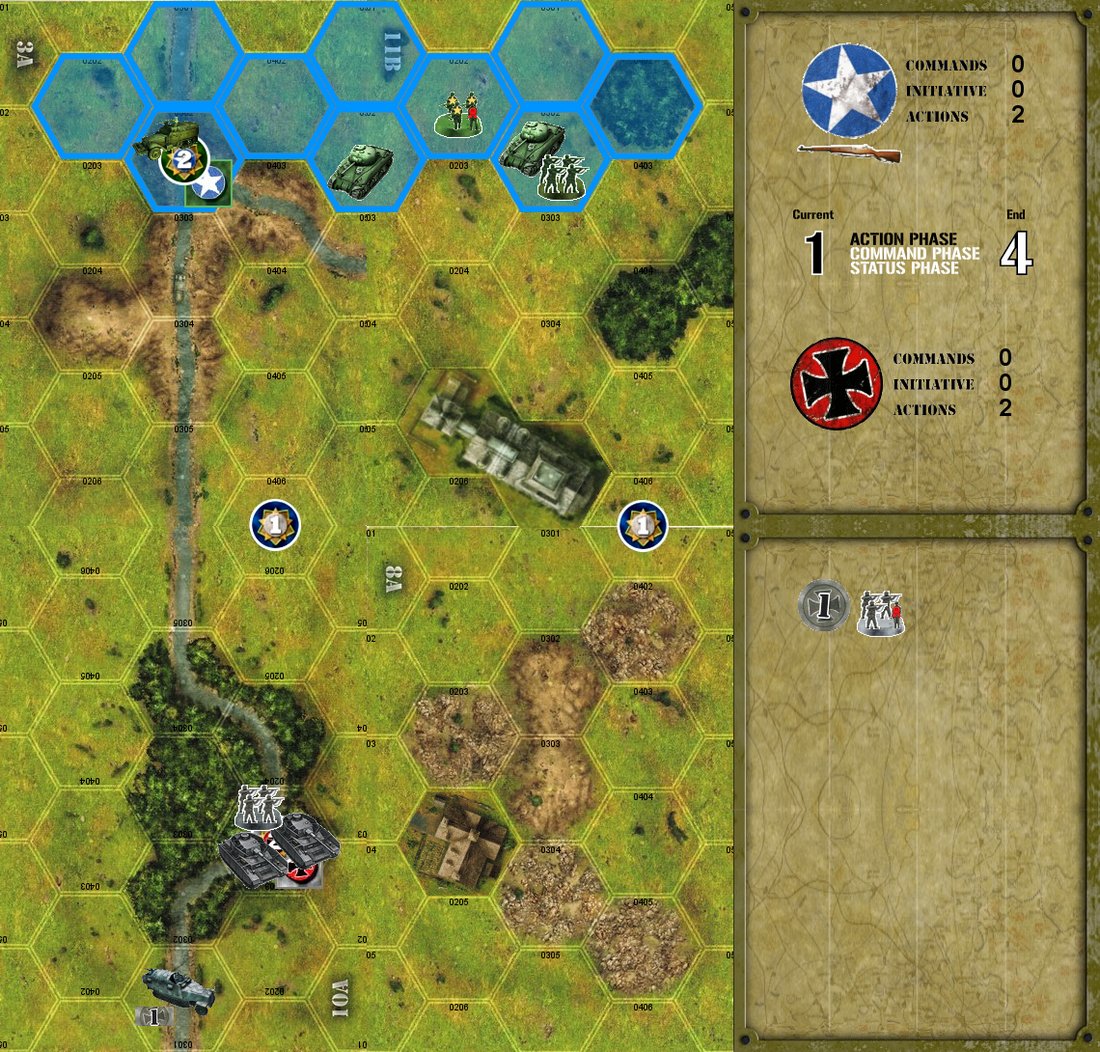 There are no special rules. The purpose of this scenario is to learn the use of vehicles. Some things that people sometimes forget:

alecrespi replied the topic: #782 6 months 3 days ago
This scenario is only useful for teaching the game to novice players. Obviously the novice must keep the Germans.
The 1: 1 ratio between Panzer IV and Sherman is completely skewed in favor of the Germans.

We played other scenarios where the ratio was 2: 3 and they were fun but still tipped in favor of the Germans.