Small advance forces from both German and American armies each have orders to capture Hill 229 (in the center with the victory marker on it) as soon as possible and for as long as possible. Both armies want the advance forces to radio back critical intelligence gathered on the hill to the larger body of their respective armies. 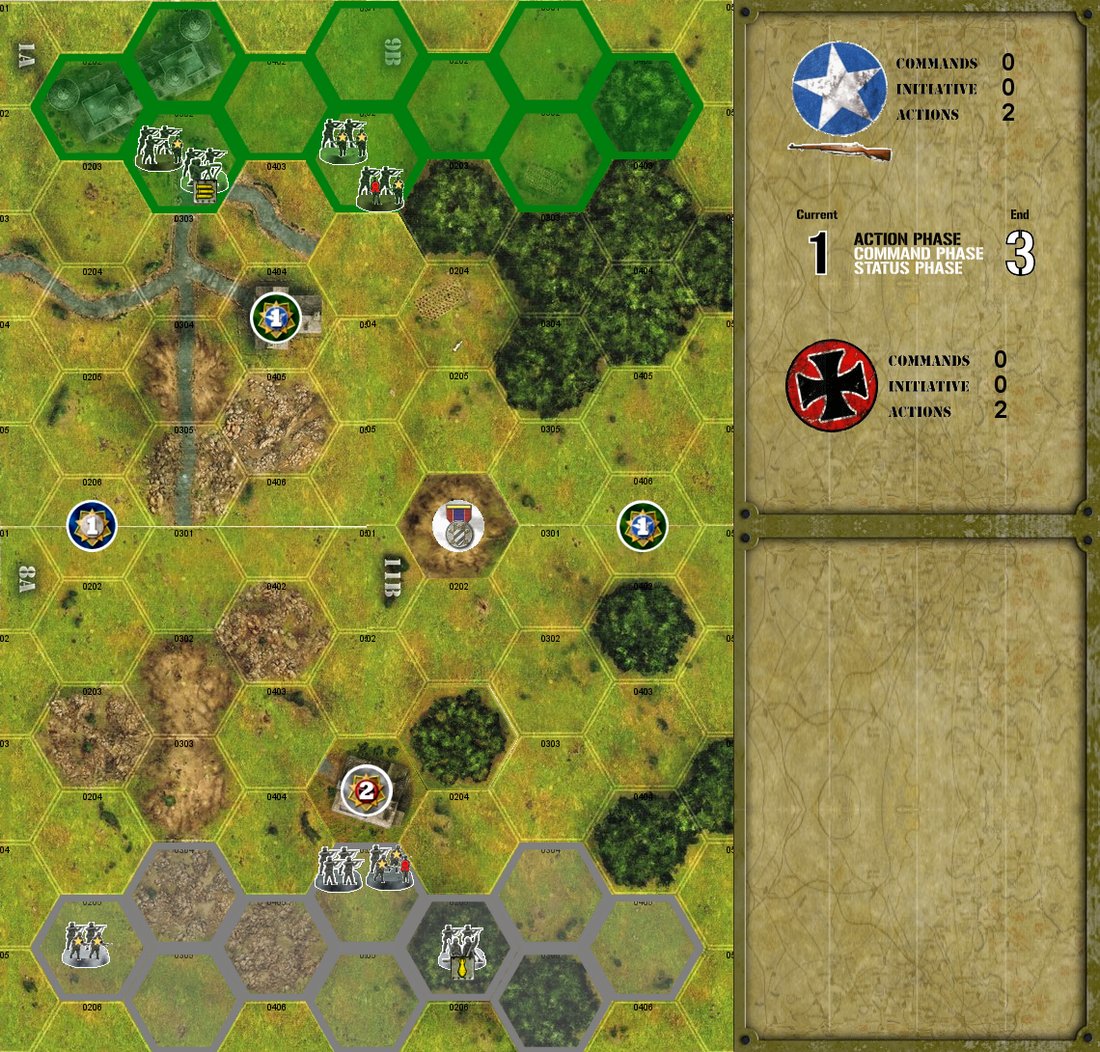 There are no special rules. The purpose of this scenarios is to learn the attributes of the various infantry units available in the base game. Players are encouraged to try normal fire, suppressive fire, and assault, if needed.
Don't forget the special abilities and limitations of your units and figures. Here are some things people tend to forget
> Squads gain +1 die vs. suppressive fire for each elite figure
> Some special abilities of officers affect all units in their hex (so up to three squads can benefit from an officer)
> Squads with machine guns or mortars cannot fire and move > Mortars do not need line of sight to a unit if another fresh unit can see the target

alecrespi replied the topic: #781 7 months 3 weeks ago
Quick introductory scenario given the small number of units and the lack of strategic decks or operational cards.
Commands point are used for Initiative only.

It ended in a draw with no one ever climbing the hill for the entire match.