St. Aignan, Normandy, 8th August 1944
At 0130 hours on August 8th, General Simonds's IInd Canadian Corps initiated Operation Totalize that threatened to trap the German army in Normandy by linking up with Patton's 3rd Army.
After regrouping, at 1150 hours Kampfgruppe Prinz of the 12nd SS-Panzer -Division "Hitlerjugend" was ordered to make a counterattack through St. Aignan and Garcelles to take Tilly. Though the 33rd British Armoured Brigade and the 1st Polish Armoured Division suffered horrendous losses, with the support of the154th Brigade of 51st Highland Infantry Division the Allied forces could halt the German attack at St. Aignan.
At 2000 hours in the northeastern fringe of the village the 25/I SS-Panzergrenadier Battalion desperatley holds its ground. The grenadiers need to buy time for a maintenance company to arrive and patch up two Tigers currently immobile because of damaged tracks .Then should the inevitable retreat to Soignolles be executed. 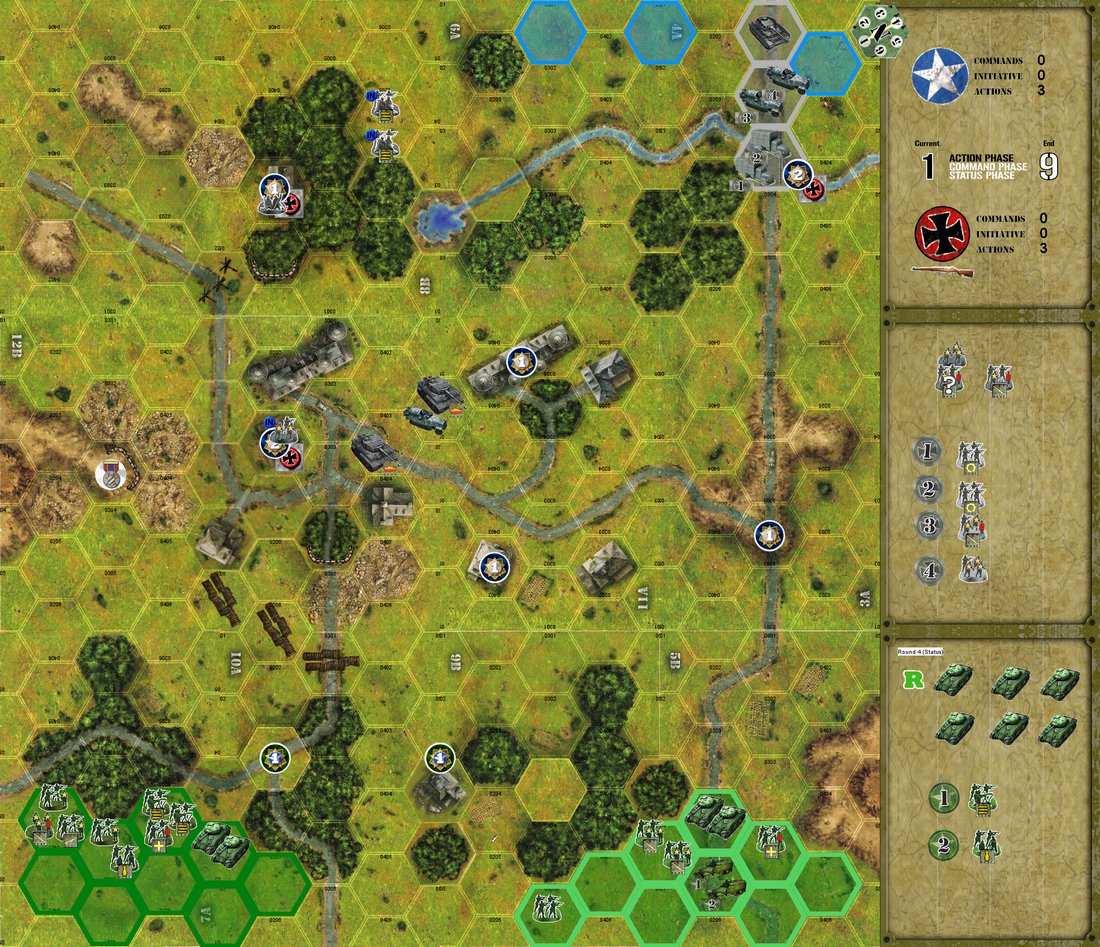 Whenever I think of this attack, my stomach turns over. (to tank warfare specialist Heinz Guderian prior to the assault on Kursk)