As the tanks of the 4th County of London Yeomanry Regiment moved down route national 175 to an intersection with Rn 316, labled point 213 on military maps, tanks from the 101st SS Heavy Panzer Battalion was moving toward that intersection. Several tanks from the 131st Queens Hussars Battalion were the first casualities of the small group of Tigers and Panzer IV's that had been thinned out by areal attacks and destroyer fire near Normandy. All together 13 to 14 tanks and 13 to 15 transport vehicles would be destroyed and most of those by tank ace Michael Wittman in the lead Tiger. Will you fare better than history? 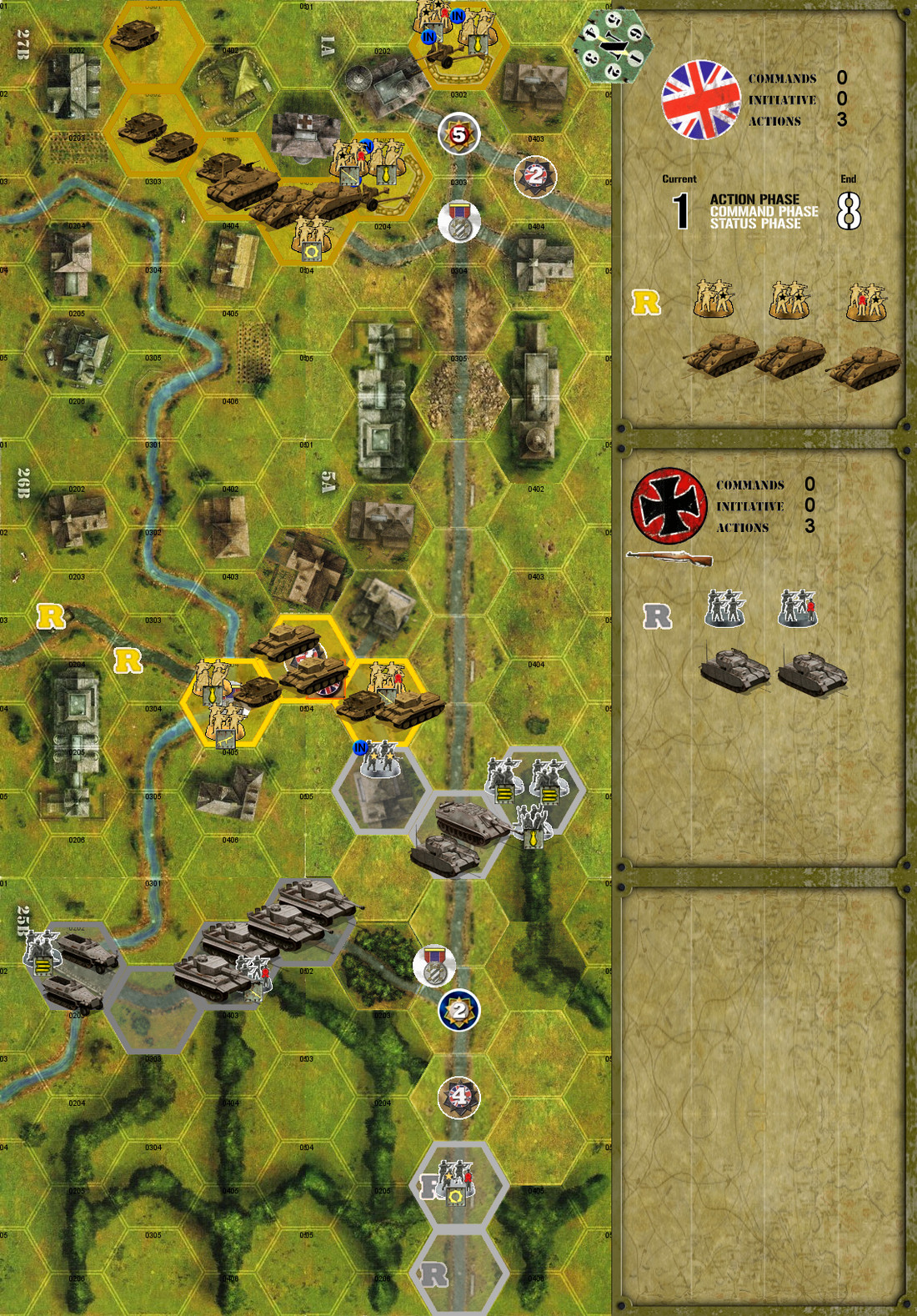