During the Ardennes offensive of December, 1944 the 1st SS Panzer division was the cutting edge. Their mission was to move swiftly and secure the roads and bridges ahead of the advancing German army. The 1st SS was made up of the finest troops and equipment the Germans had at the time. One of the weapons in their arsenal was the mightly King Tiger heavy tank. Armed with a massive 20' long 88mm gun and weighing in at some 70 tons the King Tiger was a fearsome tank. The Americans, faced with this Tide of Iron, retreated at first. But they soon halted and engaged to delay the enemy. Forcing the Germans to use up dangerously limited supplies.
This scenario is representative of many small battles near bridges and crossings along the German line of advance.
A weak platoon of King Tiger tanks and their supporting units move in to take out a 57mm anti-tank gun deployed to cover the approach to a strong bridge. With a handful of available Sherman tanks and what few troops that could be gathered in the area the Americans take a stand. 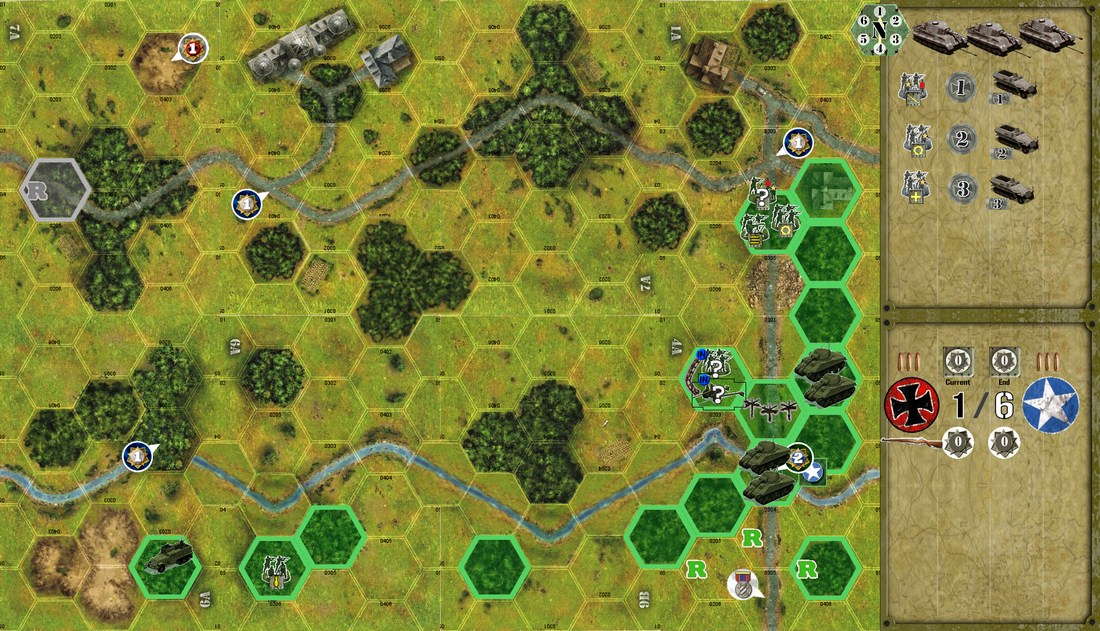 alecrespi replied the topic: #634 1 year 1 month ago
This is an hard scenario for the "slow moving" King Tiger tanks.
Advance (Mov = 5)
Fire and Move  (Mov = 3)
Entering a wood hex (Mov = 3)
All this compressed into a 6-round game with the Americans calling for reinforcements and crowding the hexes around the ojective marker.
Read More...
Original Layout PDF (search for CODENAME).