Also known as the Christmas offensive or the battle of Garfagnana (in German Unternehmen Wintergewitter, in English Battle of Garfagnana), was the code name of an attack launched by the German forces and the Italian Social Republic against the Allied positions in the Garfagnana region, between 26 and 28 December 1944, as part of the Italian campaign of the Second World War.
It is defined the "Italian Ardennes" presenting many similarities with the German attack in the area of Ardennes, the last offensive of some importance by the German troops on the western front during the Second World War which took place from 16 December 1944 to 25 January 1945.
The operation, the only offensive action launched jointly by the Wehrmacht and the National Republican Army in the course of the war, was directed against the US units of the 92nd Infantry Division, causing its retreat and leading to the reconquest of some villages in the the Serchio valley; the offensive was then stopped by the prompt reaction of the Allied units and the lack of reinforcement troops, and the Italo-German units returned to their starting positions by 30 December 1944.
The offensive began at midnight on December 26, 1944, with no preparatory artillery fire for keep the surprise effect until the last: on the morning of December 27th the departments also moved Italians who attacked the American positions south of Castelnuovo di Garfagnana and on the western side of the Serchio.
By evening the Italian departments took the town of Gallicano, while on the other side of the Serchio the Gebirgsjäger entered Fornaci di Barga: the Penetration of the Italian-German units now covered a front of 20 km, with a variable depth between 8 (in the center) and 2 km (on the sides), but by now the action was running out for lack of replacements and armored units with which to pursue American forces in full retreat.
The reaction of the American 5th Army was rapid, and already in the first days elements of the 1st Armored Division and the 34th American Infantry Division flowed into the breakthrough area, later reinforced by the 8th Indian division.
Massive was also the support provided by the fighter-bombers of the 22nd Tactical Air Command, which between 27 and on 29 December they carried out almost 4,000 missions against the advancing Italian-German units.
General Dudley Russell prepared for an immediate counterattack, but the German commander Fretter-Pico believed that the objectives of the operation had been fully achieved and on the evening of December 28 gave order to the departments to fall back on the starting positions.
Operation Wintergewitter had practically no strategic result: the little ground gained from the kampfgruppe Fretter-Pico could not be held against the more numerous Allied forces, and it was yielded practically without a fight; on the other hand, the Italo-Germans achieved good success tactical, repelling the American units and taking possession of weapons and equipment, in addition to about 250 prisoners. 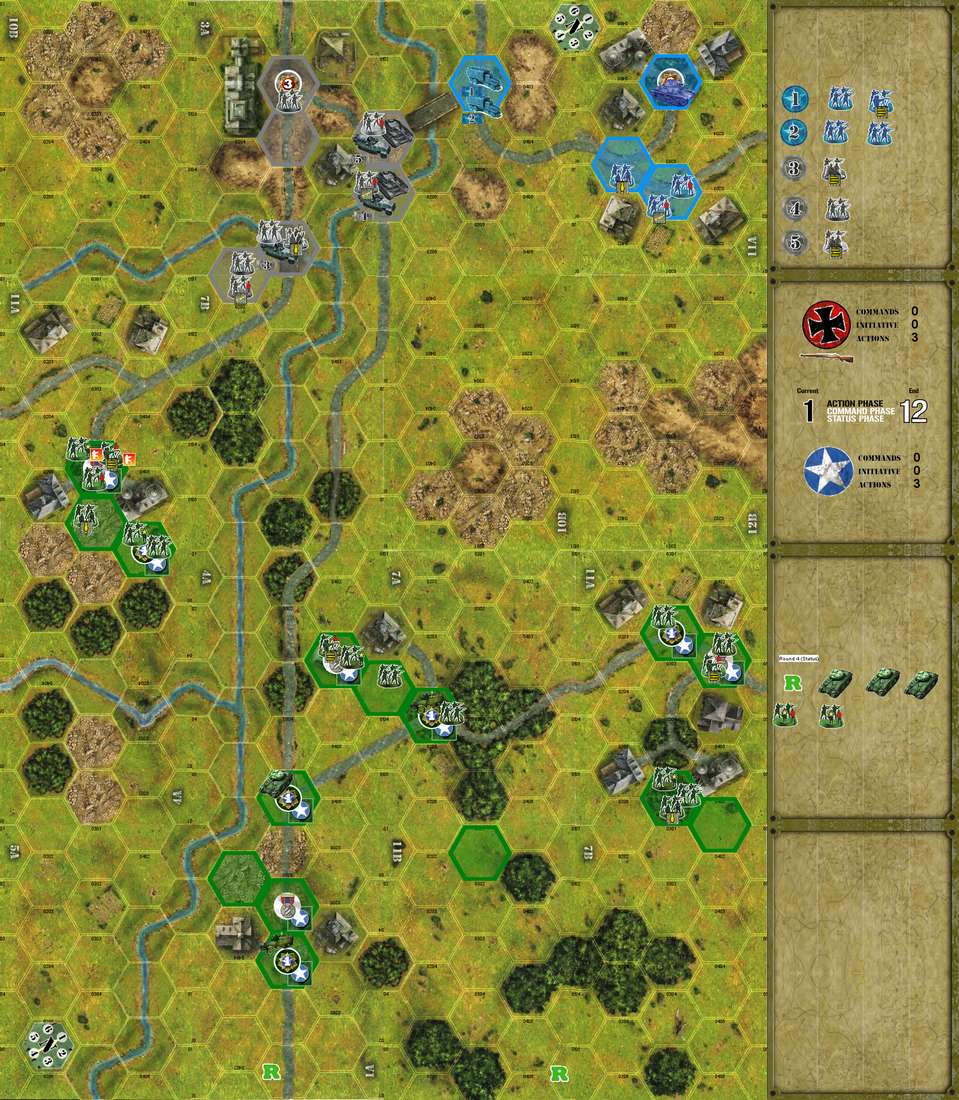 In War: Resolution. In Defeat: Defiance. In Victory: Magnanimity. In Peace: Good Will.