This mission is commando, and the Americans start with the map west highway 11A and will be two elite platoons and they will enter a parked opel blizt who will be in the forest between the two houses in 11A, clamped like Germans (supposedly there are uniforms behind), and on map 11A there will be a control where it is decided whether will the truck pass or not, as follows form: take a black dice and another red and if the Americans, (with the black dice) roll a larger number that red (German) convinces the soldier (up to a maximum of two attempts, as if insisting) already can happen, and with this, the objective of Americans will catch the documents that are in the house surrounded by mines in the forest and later capture the officer German found in the mansion (so that the order for radio release the prisoners of war). After capturing it, will flee with him to one of the blue hexagons on maps 6A and 4A. 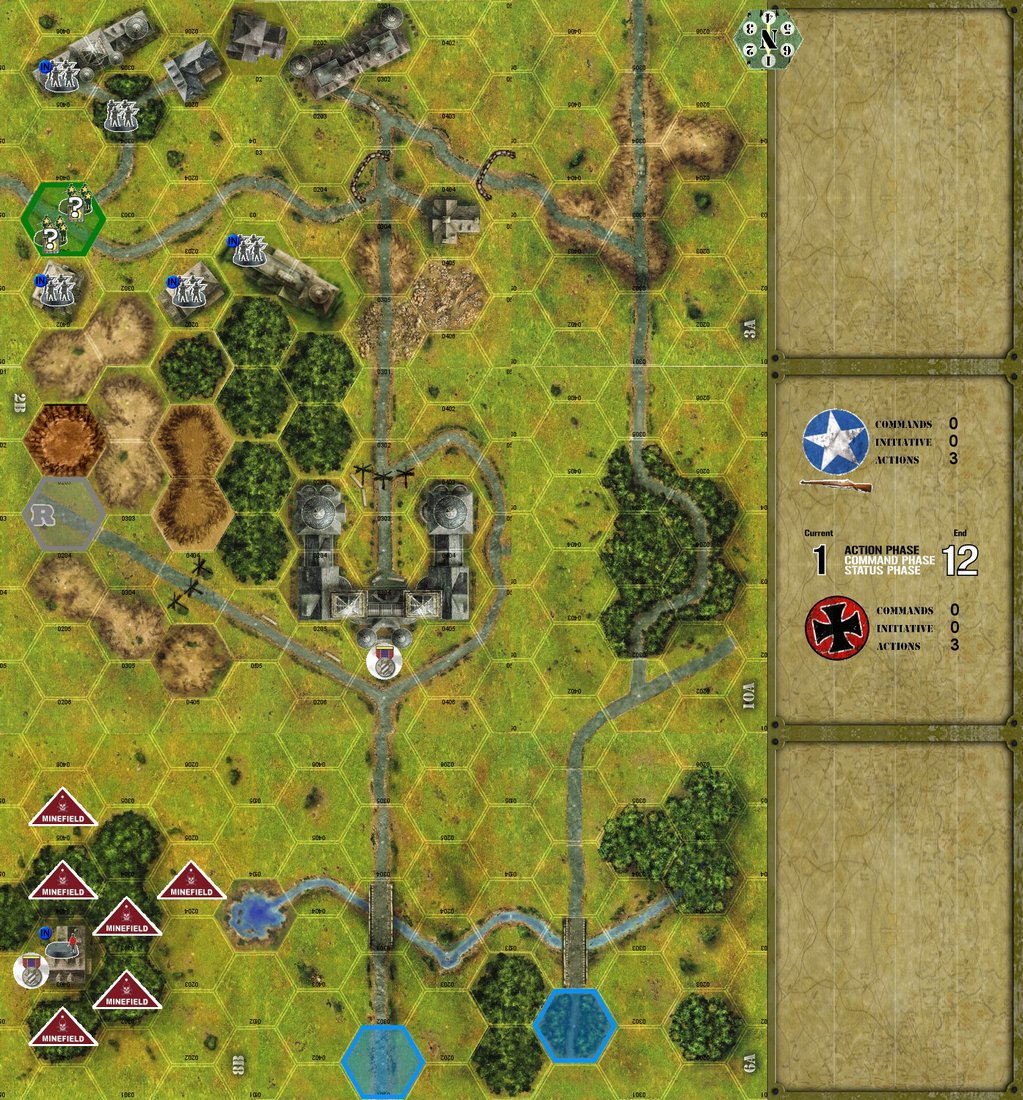 If at the control you cannot convince the soldier, will get out of the vehicle and will have to liquidate the checkpoint.