General McAulliffe´s 101st Airborne is up against general von Manteuffel`s 5th Panzer Army at the Belgian town of Bastogne (Bastnach).
The german commander initiallay asked the american commander McAluiffe to surrender due to the german being supperior in force, but the only answer he got was: "Nuts". 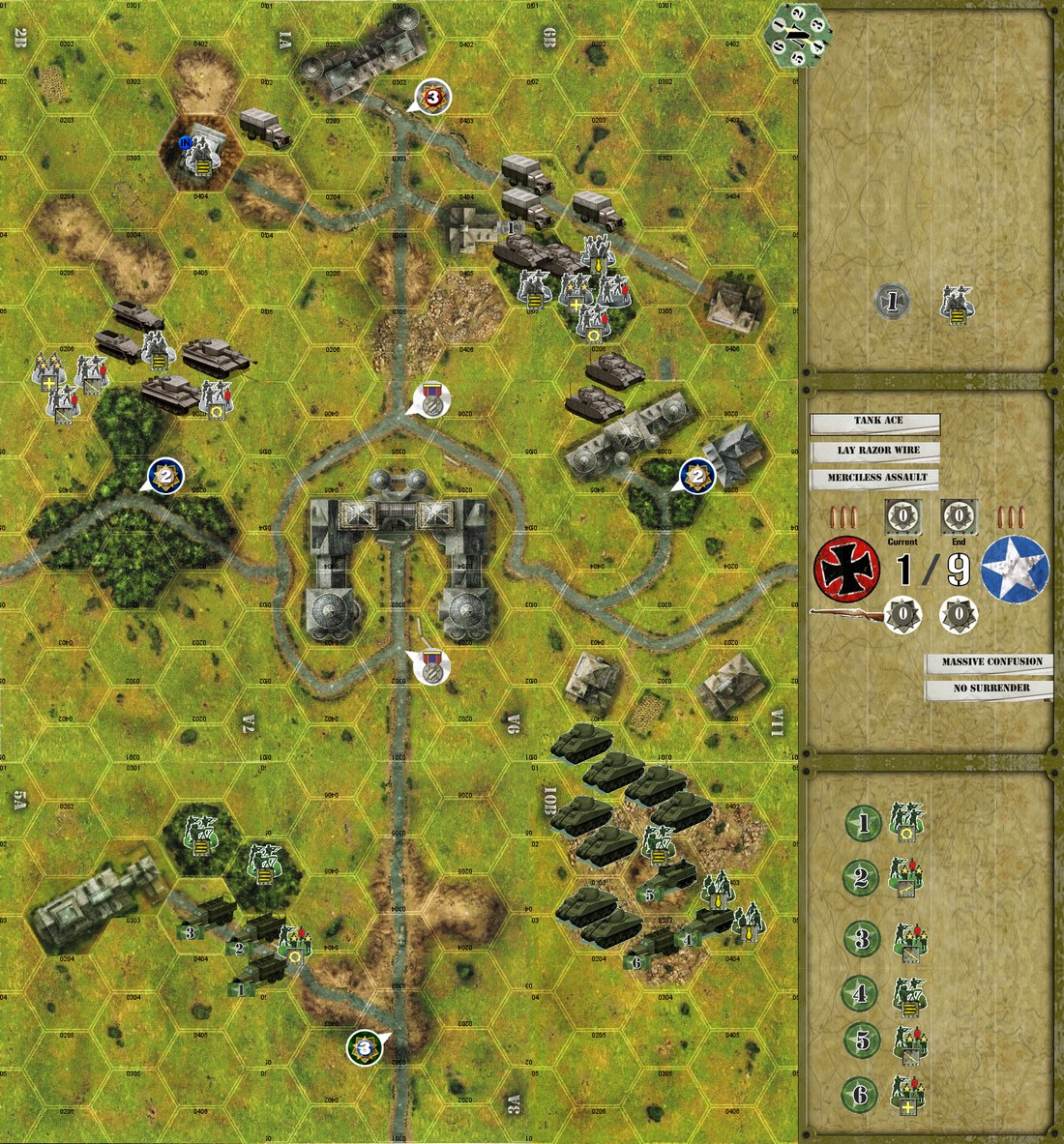