After Soviet tank armies sealed the pocket at Korsun on 28 January 1944, the Germans immediately begat: supplL, operations by air to sustain their troops surrounded in the encirclement. But a counterattack by German panzers to rescue the trapped men was the only MTV to avoid their eventual sus-lender. Field Marshal Erich von Manstein, commander ofiirmy Group South. assembled an armored force to prepare the way for a breakout by the two surrounded corps. On 4 February, elements of the 17th Panzer Division and an independent panzer regiment equipped with hemy Panther and Tiger tanks advanced. Their goal: reach and hold crossings over the Gniloi Tikich River to establish a secure corridor for the second part of the breakout operation. 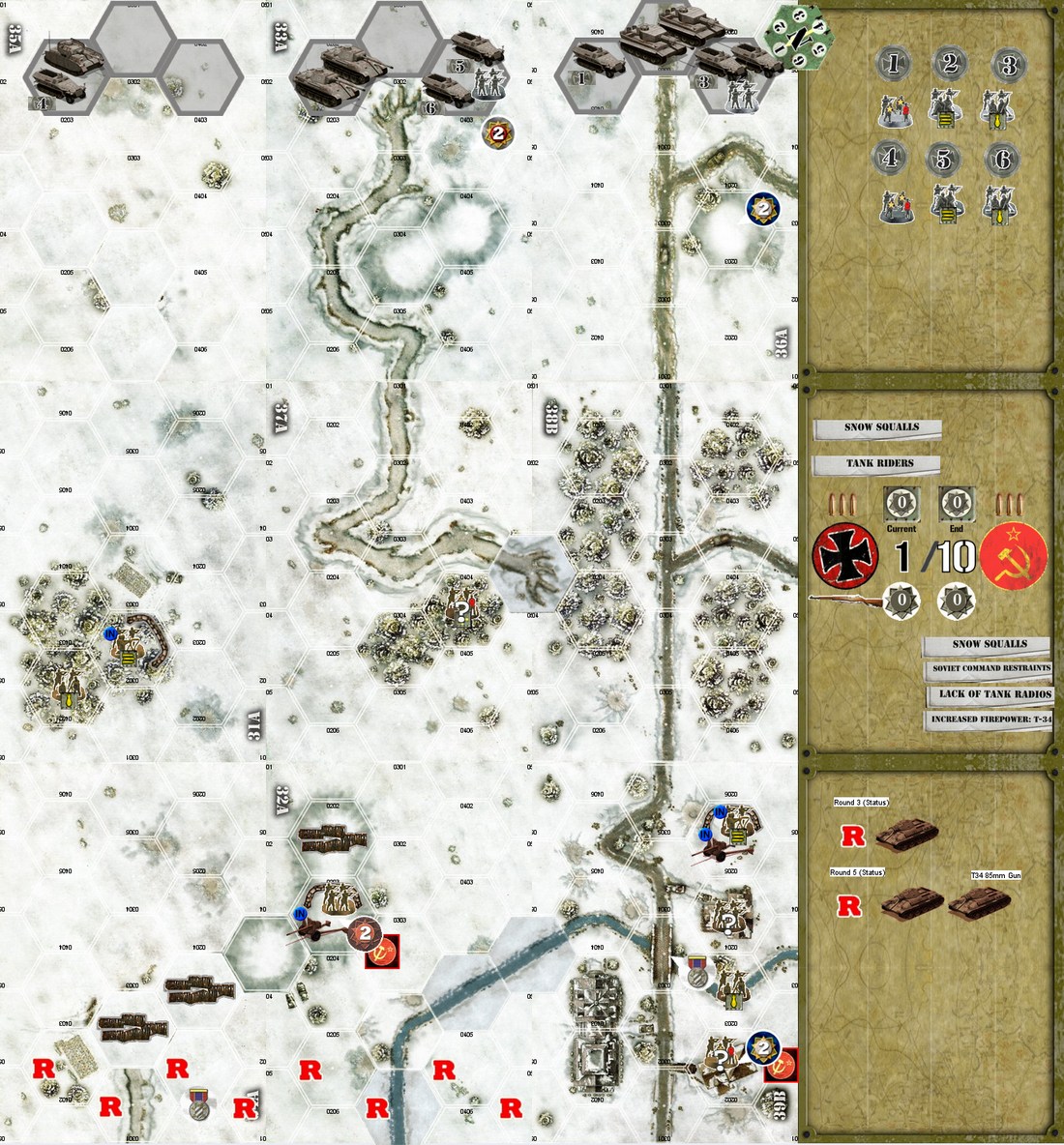 pino replied the topic: #816 6 months 4 weeks ago
Not a very well balanced scenario. 9 Maps, 10 turns and Snow Squalls are a lot of space and time for the German to avoid contact with Russian forces. I've played this scenario with my friend Alessandro, and at the end of Round 4 i've reach the two objective points and almost annihilated the entire Russian forces....what could i say?

alecrespi replied the topic: #599 1 year 3 months ago
Thank you joey for sharing this.
Attached you can find the scenario picture you sent me. 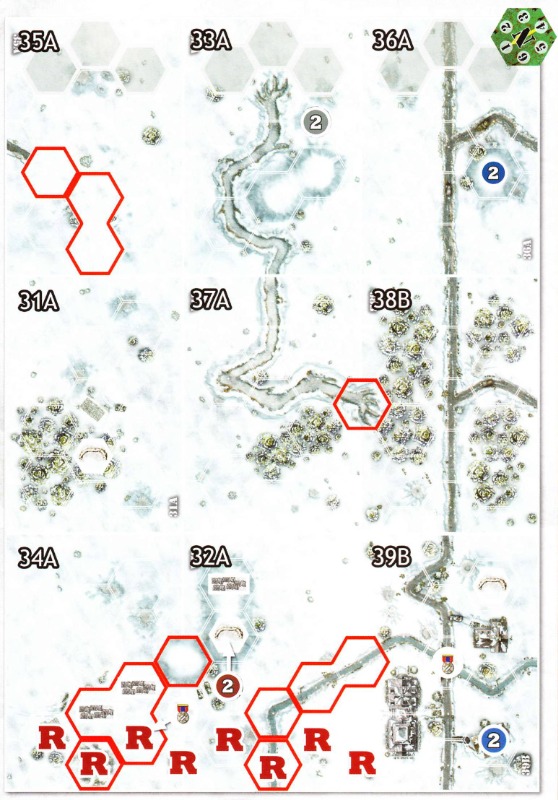 joeyama replied the topic: #598 1 year 3 months ago
Hello again,
I've created corrected map for scenario "Prelude to Breakout", applied information from Official/unofficial Errata.
You can download the image file from the following link: