257 A Bitter Farewell - Battle of Médenine

March 6, 1943: True to his creed of attack being the best defense, Field Marshal Erwin Rommel decided to attack the Commonwealth forces near the Tunisian town of Médenine preparing to attack the German held Mareth Line. Unbeknownst to him, a combination of Ultra, interrogated prisoners and reconnaissance missions had provided the Allies with intimate knowledge of the coming German offensive.
Though the Commonwealth forces, expecting to go onto the offensive themselves, had not managed to fortify their positions with extensive minefields and wire, they did have well dug-in and camouflaged anti-tank guns, a heavy artillery presence and a superiority in both men and machines.
In addition, the Commonwealth planned to funnel the enemy armor’s advance into tank killing grounds, for example by the placement of several dummy minefields—which indeed historically the Germans did not risk to traverse—and then to pummel them with artillery and anti-tank gun fire.
This scenario depicts the advance of the 15th panzer division along the Toujane-Médenine road.
Historically, the Axis forces failed to make any noteworthy progress and the result was a crushing German defeat. After having suffered heavy losses the Germans were forced to retreat back to their starting positions as further losses would have greatly compromised the defense of the Mareth Line.
This battle proved to be the last battle in North-Africa commanded by Rommel, although the Allies didn’t find out about this until much later.
As the Commonwealth player, will you be able to inflict the same catastrophic defeat on the Axis’ forces or are you able, as the German player, to give the Desert Fox a more fitting farewell? 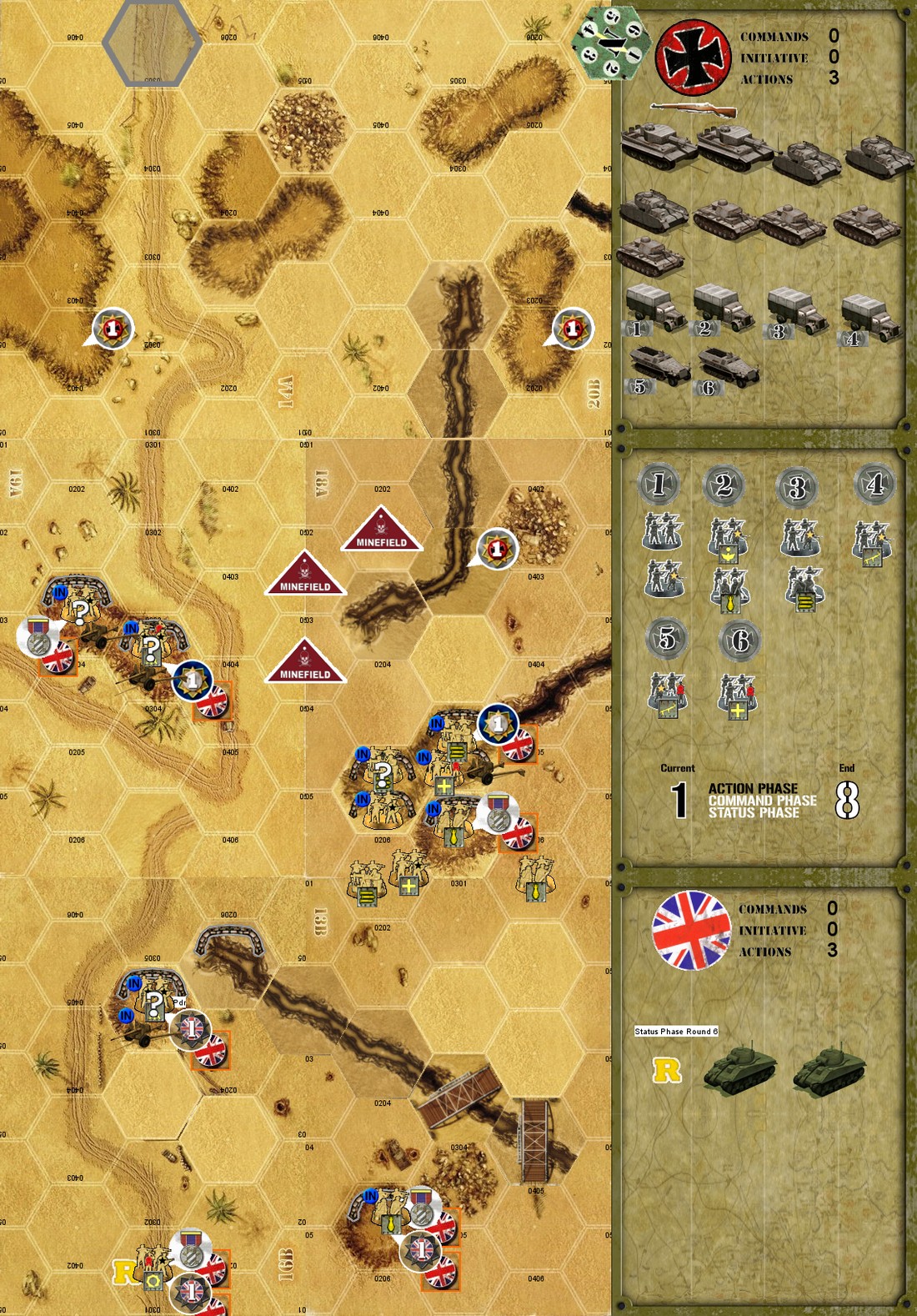 The Germans should have thought of some of these things before they began the war, particularly before attacking the Russians.  (referring to a German soldier's request to surrender only to British or American forces and not the Russians)