This scenario has been reimplented and rebalanced in Next Wave - 010 Uphill Battle.

Alter sustaining horrible losses while crossing the Sauer Rivet: the 76th Infitntry Division adopts more cautious protocols in their attempts to push through the Siegfried Line. On the morning of February 1 1 th, 1945, a 15-minute barrage from an entire artillery battalion is unleashed on a small German fortified position, and ,followed tip by mortar bombardment in prelude to a full-scale attack. 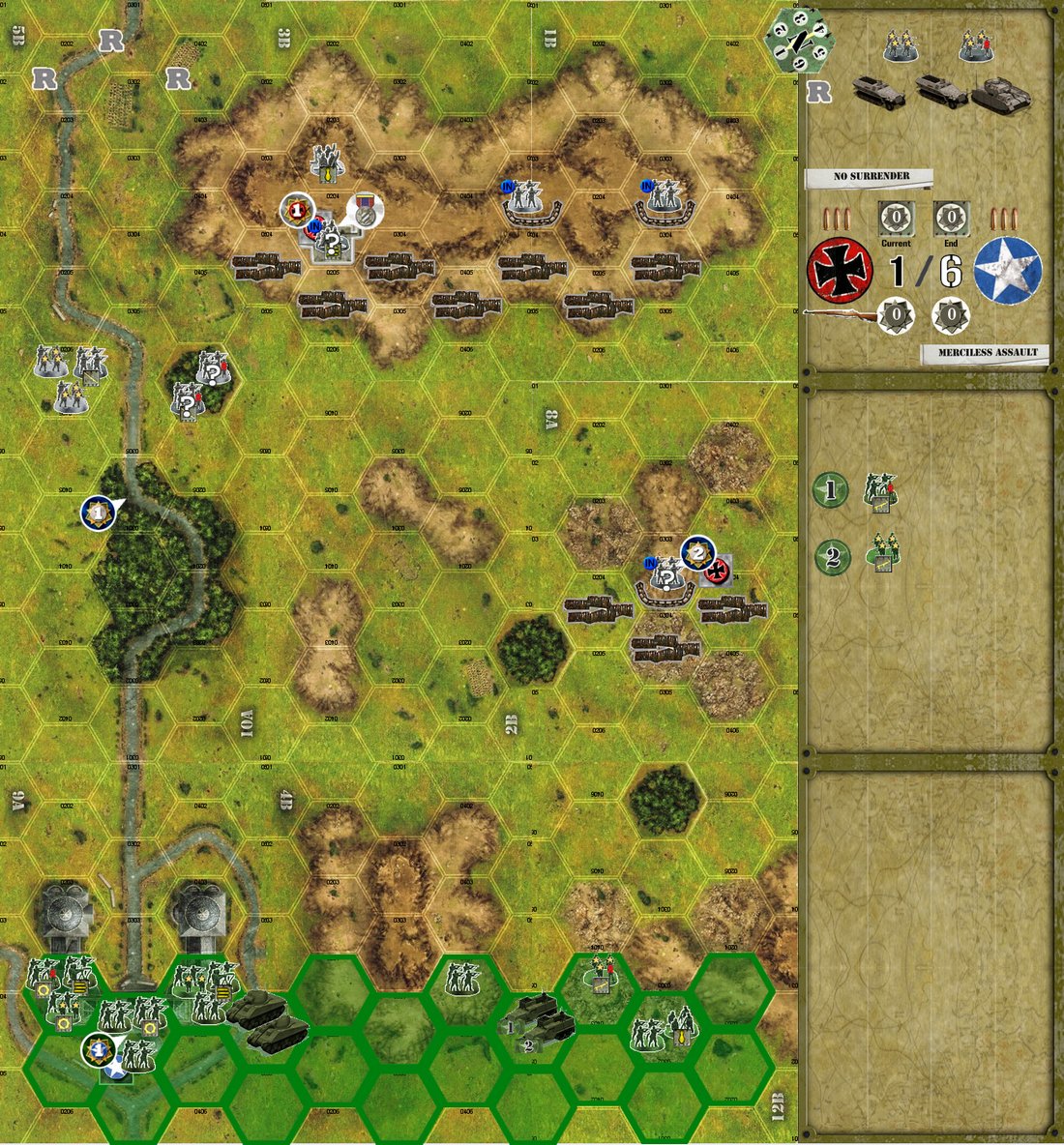 JVHillegas-Elting replied the topic: #748 6 months 3 weeks ago
Oh, that's fantastic! Vassal has so many great features I wasn't aware of!!

alecrespi replied the topic: #747 6 months 3 weeks ago
The VLOG feature in Vassal is really amazing.
If you manage to download the attached vlog file you will be able to open it inside the module (the same as you will do for a vsav file) and move the timeline back and forth scrolling with pg down / back buttons.

JVHillegas-Elting replied the topic: #746 6 months 3 weeks ago
That's a good idea to take screenshots of play-in-progress, to aid in after-action reporting. I'm going to start doing this!

alecrespi replied the topic: #744 6 months 3 weeks ago
Played this one yesterday night with my friend Pino, here you can find the screenshot taken at the start of each round.
Attached you will also find the vlog file.
Americans didn't manage to take the pillbox before Round 6.
Axis Victory.

JVHillegas-Elting replied the topic: #694 6 months 3 weeks ago
Played this through as the Americans on Vassal with a friend, and lost resoundingly. As I noted in an earlier post, this version of the scenario was re-balanced for the Next Wave version of the base game. This is good, because I don't see how the Americans can possibly win without some additional Command and some reinforcements, to counter the German's significant superiority in both respects. Also, as the defender (with significant advantage in Command Points at least through Round 3), it's generally going to be inherently easier for them to take Concentrated Fire and Combined Fire actions, whereas the Americans almost always have to take Fire and Movement actions, again favoring the defender.

We're going to play this again, as the "Uphill Battle" version, and I look forward to providing an after-action report on this.

I don't recommend this scenario at all, in any way, to anyone. It's way out of balance. It's amazing to me that it got published as it is, being so unbalanced. What were the designers thinking?

JVHillegas-Elting replied the topic: #692 6 months 3 weeks ago
This may have been noted elsewhere (i.e., on Board Game Geek), but I wanted to log it here as well that "Silence the Guns" is the name of this scenario original ToI base game. In ToI Next Wave, this scenario is called "Uphill Battle." There are some notable differences between these versions.

See my fuller comparison of these two scenarios on the page for "Uphill Battle."
Read More...
Original Layout PDF (search for CODENAME).