This Map is part of an attempt to provide ToI-scenarios to use as battleground for FoW Firestorm Campaign Operation Martket Garden Roughly spoken : FoW Firestorm Campaign provides a Game Setup to resolve the outcome of the campaign by playing a number of battles with different objectives and terrain. There are rules for setting up FoW Tabletops-Scenarios to resolve the battles and rules to resolve the battles by a simple dice throw.
Firestorm however does not depend on the way You play the battles which gives the opportunity to use it as a campaign system for ToI.
ToI itself provides an adoptable system to play battles on a more tactical (Skirmish) Level which fits as neetly into Firestorm as FoW Tabletop itself.

According to the overall situation of the campaign there are several preconditions and requirements for the setup for each battle i.e:
1. The objective of the battle is to gain control over an area currently occupied by the opponent (due to the character of the historical market garden campaign, mostly street sections with bridges)
2. There are several Terrain Types (Town, Open, Woodland, ...) which have an effect on the efficiency of the different troop types participating in the battle (Details in Fow Firestorm)
3. Every battle has an attacking and a defending side. Wether Allied or Axis is Attacker or Defender varies from battle to battle. During the campaign it is possible that the control of areas will change and that more than one battle is fought in the same area with attacker and defender sides changing from Allied to Axis and vice versa.
4. The campaign may also provide certain additional troops of different Troop types specific for the battle (so called Firestorm Troops). However there can be battles without such additional troops. Consequently the recommended Setup for each FoW Battle within a campaign is a balanced basic setup for the troops of defender and attacker with no predefined troop types or numbers plus the assigned Firestorm Troops on each side.
5. The outcome of a battle has of course an effect on the ongoing campaign:
First of all: There is the possibility of a draw which has the effect that ownership of the contested area does not change.
Second: The losing side of any battle has to withdraw (regardless of being attacker or defender) More precisely : The attacking troops always start their attack from an area adjacent to the area which is attacked and occupied by the opponent.
If attacker wins the defender withdraws from the attacked area and the attacker advances thus gaining control over the attacked area.
If defender wins, the attacker has to withdraw from the area he started the attack from and the defender not only succeeds in defending his area but also gains new ground.
6. The additional Firestorm troops are part of the campaign game and may be lost in a battle. The outcome of a battle determines the propability to lose these troops in the campaign game. We have four different outcomes, which we could name: Draw, minor victory, normal victory, major victory.

This scenario is a first draft of an open ground terrain scenario containing a major road as primary obejctive with balanced forces, the Allies attacking and Axis defending. 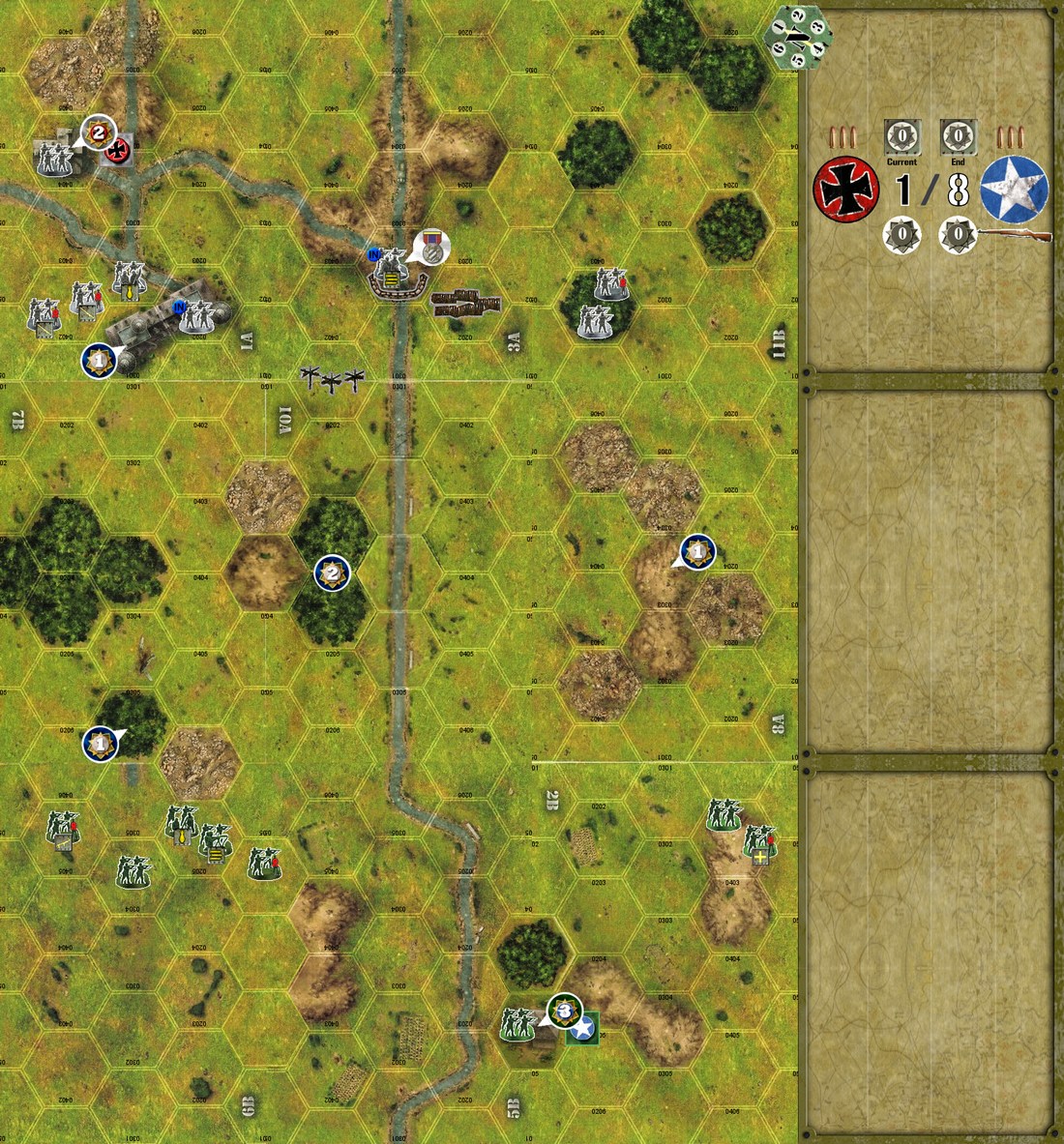