Oktober 1944. Around Sarajevo Partizans of general Tito fight against the Germans in Bosnia. A German convoy with important supplies is on its way to Sarajevo to support the German forces in the city. A platoon of Partizans has the mission to stop and destroy this convoy at all costs. 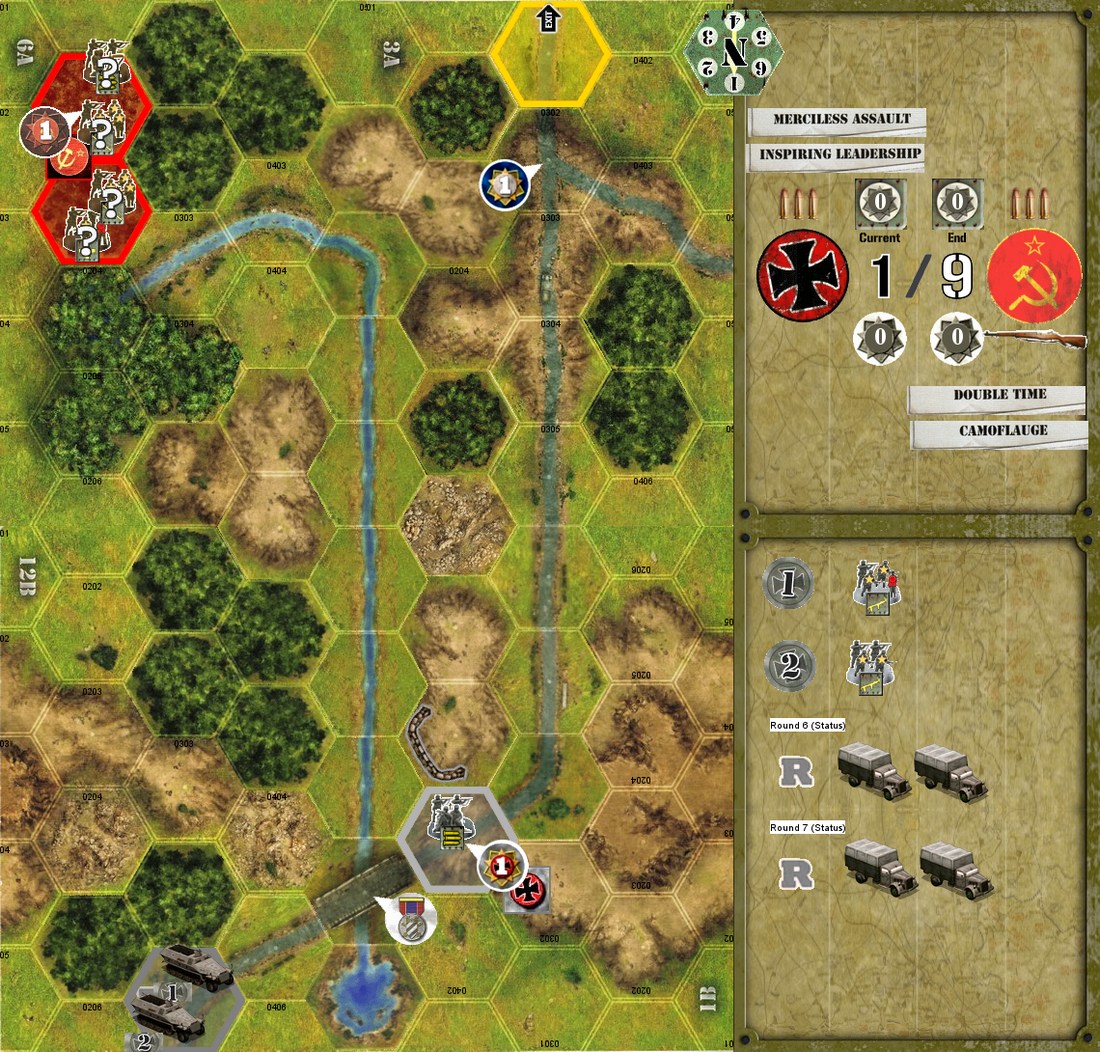 alecrespi replied the topic: #564 1 year 4 months ago
Yesterday I played this scenario with my friend Pino and we had some doubt about these points: Waiting for your kind feedback.
Read More...
Original Layout PDF (search for CODENAME).