March 17, 1945
Once conquered the bridge of Ludendorff, the Americans they had trouble stabilizing the bridgehead, reinforcing it only in part.
The fürer ordered Rundstedt to be shot, replacing him with the marshal Kesselring, who commissioned the reconquest of the bridge and its demolition. Hitler sent everything that was left in the area for resume it, plus its cash always they were less than the reports they said ...
The bridge, after the attempt to Kesselring for resuming it, and after withstand 10 days of bombing, if collapsed alone .... 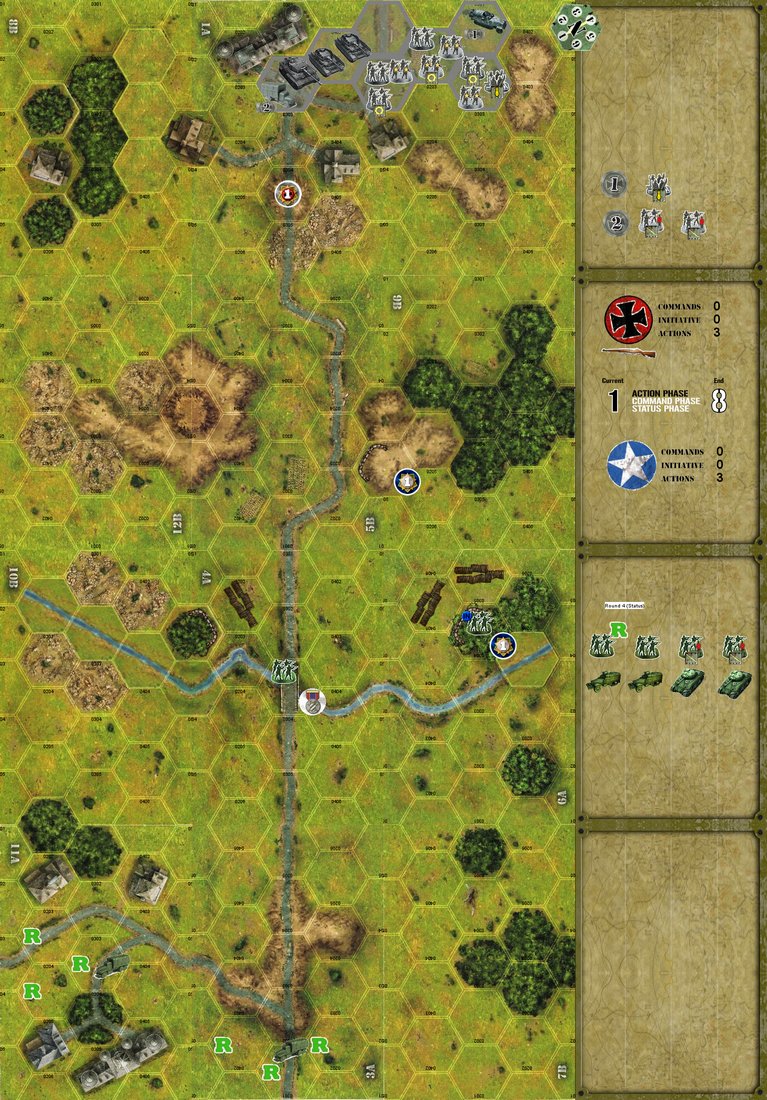 ...the existence and increase of our race and nation, the sustenance of its children and the purity of its blood, the freedom and independence of the Fatherland, and the nation's ability to fulfill the mission appointed to it by the Creator of the universe.

Mediterranean Front
084 Blood on the Mountain