The 30th Division has arrived in Mortain to find inadequately built defenses by the 1st Infantry Division.
Maps of the area show a large hill on either side of the town, which offer excellent observation of the area. The town itself has several important crossroads, which the 30th Division start setting up to defend.
The relieved 1st Division told them that there was very little enemy activity, then they left the area. As night fell, the men didn't suspect the approaching enemy. The Germans kept just enough artillery fire going as to mask the sound of the apporaching tanks. It wasn't until the early hours of the 7th of August that the 2nd Battalion realized that the Deutschland Regiment of the 2nd SS Panzerdivision had taken several of their roadblocks. The Battle of Mortain had begun. 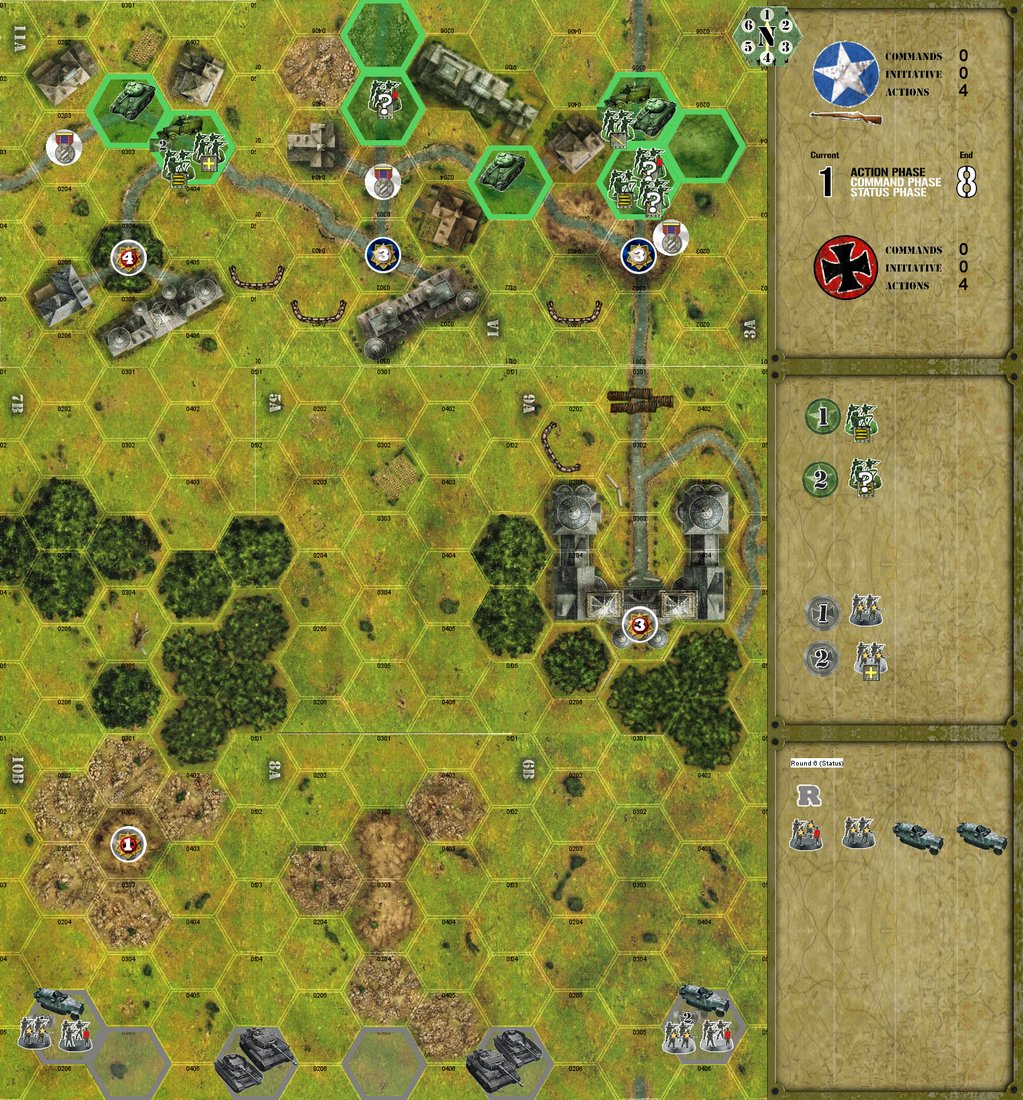 There is nothing preventing the enemy reaching Paris. We were fighting on our last line and it has been breached. I am helpless, I cannot intervene.