HISTORY DETAILS
All out war was waging between the familes of Date and Hatakeyama, after the head of the Date family was kidnapped and killed by the head of the Hatakeyama family, who was also in turn put to death after the killing. In November, Hatakeyama Kuniohmaru gathered many of his allies and marched into Date territory. Date Masamune mustered what forces he could and prepared to defend Takakura Castle and village of Arai. A Date force was also deployed in front of the Seto stream. Kuniohmaru's larger army quickly overran Takakura castle and the village and then moved against the Date forces at Hitotori bridge. These Date forces were soon pushed back by the sheer mass of the enemy. The allies planned to renew the attack the next day, but Satake Yoshichika received word that his lands had been invaded while away and took the bulk of the allied attack force with him back to his territory. The allies, with their army strength greatly reduced, withdrew.
The stage is set, the battle lines are drawn, and you are in command. Can you change history? 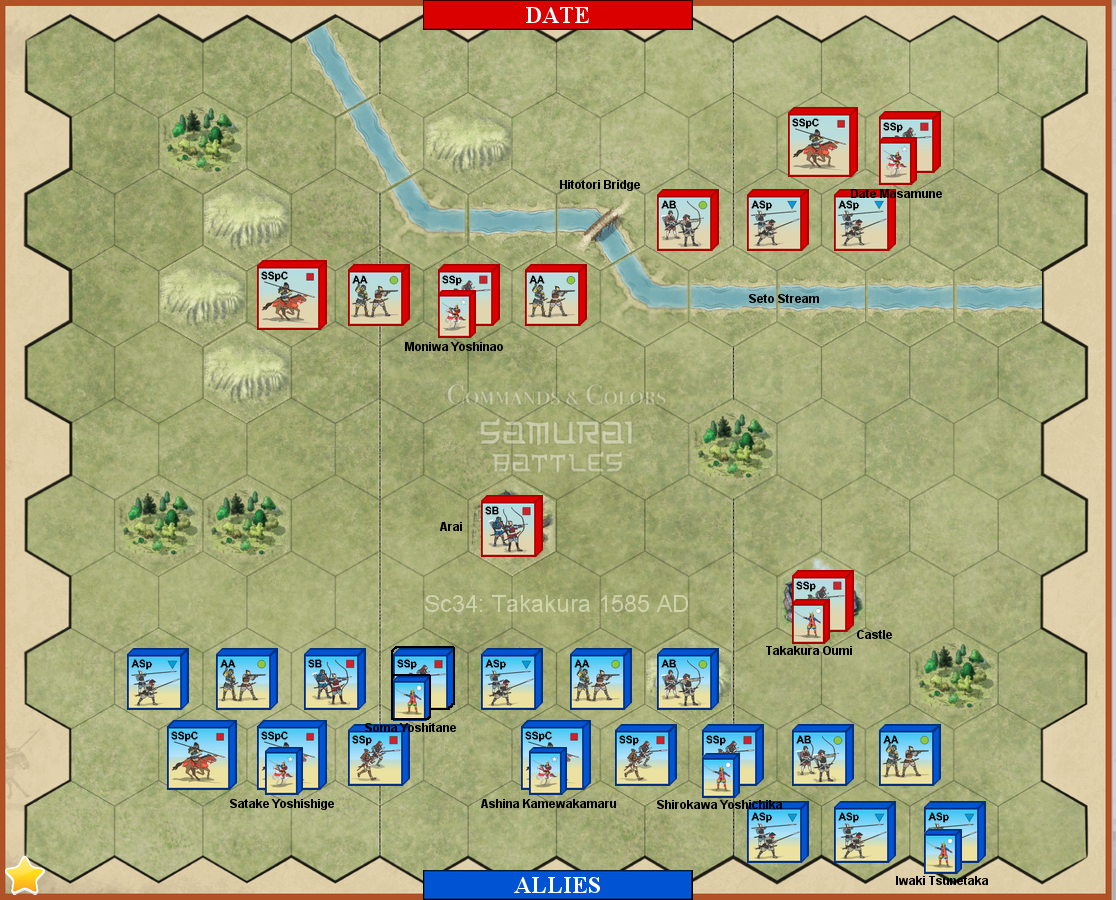